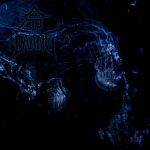 With LAANG (or 冷 in Chinese) we have a very interesting project from Keelung City in the Taiwanese Republic Of China. Started in 2018 by Laang (which is the Chinese word for “cold”), who initially played all instruments and recorded the debut album “Haiyáng” all by himself, the project meanwhile became a full band. Now they released their second full length album “Xinteng 心疼”, again on Austrian Talheim Records. And this album might be rooted in the contemporary atmospheric style of Black Metal, yet this pigeonhole alone is not completely fitting. It’s not only the symphonic approach to Black Metal that makes LAANG something unique. Sometimes we can even find some moments that are more based in melodic Death Metal as well as some influences from early Gothic Metal. And these ideas are combined in a pretty fluent and natural way, making songs like the overall slower paced ‘Wo De Piaofú Shiti 我的漂浮屍體’ or ‘Heiyàoshí 黑曜石’, that is more based in traditional Black Metal, really fine songs. Yet my personal favourite is ‘Zài Hei’àn Zhong 在黑暗中’ with its great guitar harmonies and dark atmosphere, a really great song. And the vocals of Laang are also quite unusual for the genre, since his style of singing is more shouting and sometimes he uses a kind of speech song as well. Thus the fact that he’s singing in Chinese carries not much weight, even though it gives some songs a special note as well. So if you’re looking for Black Metal off the beaten path, LAANG is a real inside tip. Visit www.facebook.com/laangofficial or www.talheim-records.at for more.