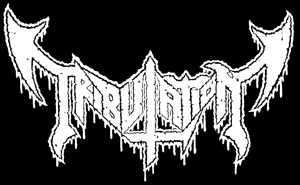 Sweden already gave birth to countless cool Death Metal bands and TRIBULATION is definitely one of them! Their debut full length "The Horror" was released earlier this year through Singapore’s Pulverised Records and gained the young band quite a lot of attention already… Ralf contacted riffmaster Adam Zaars for more information…


Hey someone still alive in the TRIBULATION tomb? What have you done today already before this nonsense interview from Germany invaded your life? Any cool rememberances about your last parties and drinking sessions with your bandmates?
"Greetings!!! Today I’ve spent most of the time by giving answers to other interview requests and working in me and my girlfriend’s Heavy Metal shop Black Hole in Stockholm."

Adam, since there are still hungry Death monsters out there who don’t have a clue what TRIBULATION is all about it would be cool to have a sort of introduction, or what do you think? Bascially you’ve started as a Thrash band under the name HAZARD. When did you realize that violent Death Metal is the only way to go for?
"HAZARD and TRIBULATION was never really the same band. HAZARD was just a band we had in our early disoriented teen days. TRIBULATION became the more serious approach on music for us and I’d say we started the band in 2004. It was needed to go that way!!!" 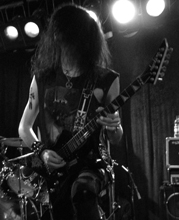 For the mix and master duties of your debut album “The Horror” you’ve recruited Tore Stjerna from Necromorbus Studios. He seems to become one of the new rising addresses for extreme Metal productions in the Stockholm area… How did the co–operation work out for you? It’s really vital and brutal sounding with a real old schoolish vibe to my bloody ears…
"We went for Tore simply because we like what he’s done before and I think he pulled it off once again. The co-operation was superb. I actually think “The Horror” sounds quite modern to be honest, and it fits the album very well." (hm, yeah but when you look at the current Metal market then in my opinion “The Horror” is far away from being modern in this common sense – Ralf)

Adam, tell me more about your passion for designs and drawings. You’ve done the designs for the TRIBULATION debut album under the banner of Necromantic Art and in some way it reminds me more of the work of Finnish artist Timo Ketola, who already has done some classical artworks / designs for WATAIN, KAAMOS, DISSECTION and many more. From what I’ve seen from “The Horror” layout so far, it’s got more of an atmospheric touch instead of being simply just dull and brutal. What’s your vision when it comes to the TRIBULATION layout? Did you like to capture more of a Nosferatu type old horror movie aura?
"First of all I would like to say that Jonathan is equally responsible for the layout as I am, if not more. We just wanted it to look as haunting as the music itself. If you see these things as separate things you will always fail. I don’t see any point in doing crappy layouts only going for brutality. It has to be perfect. I wanted the layout to radiate the same atmosphere as Félicien Rops "Lady Death", and like you said, Murnau’s Nosferatu. Timo Ketola is as well an inspiration. His work is quite fantastic!!!" 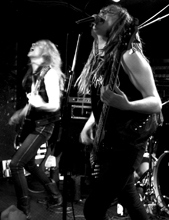 I know comparisons could be a pain in the ass to a band, but while “The Horror” was doing several deadly rounds on my CD altar some violent underground classics rushed through my mind. I’ve listed them below to hit your face. Please comment them and tell us if they had any special input on your songwriting with TRIBULATION:
KAAMOS: "Darkness in its purest form."

Do you think that this old schoolish movement is getting trendy nowadays? I mean there are quite a lot of new bands with sometimes really young members breeding everywhere and doing a sort of revival of the early 90s Death Metal movement. In Sweden you have bands like CORRUPT, EVISCERATED, GRAVEHAMMER or REPUKED and countless more… Do you think this gonna be the next explosion?
"I don’t really care about the other bands and I don’t see that we have that much in common. I think that the ones who stand out will get noticed and the others will fall into decay. CORRUPT and NECROVATION are the bands from Sweden that really have something going for them." 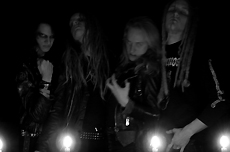 Rodrigo from Blood Harvest Records already did your 2006 demotape in his “Zombie Ritual Tapes” release series and the “Putrid Rebirth” 7” EP as well… His label really became a sort of cult address for vinyl collectors within the extreme and old schoolish baptized Death Metal spirit. Do you think it helped TRIBULATION a lot to get more recognition? I mean the label has a sort of clear defined target audience for its releases, if you know what I mean!?!
"At that time it helped us by getting something out on Blood Harvest and I’m grateful that he did it for us. At the time we released the EP he had really only released killer stuff!!!" (the vinyl version of TRIBULATION debut album should also been out on Blood Harvest – keep your eyes open!!! – Ralf) 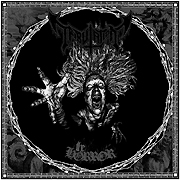 In 2008 you’ve played the first edition of the Triumph Of Death Festival in Berlin along with ultimate oldschool godz ASPHYX, DROWNED, Greek’s DEAD CONGREGATION and many more. Was this your first gig outside of Sweden and what do you remember in particular, except pure alcoholic madness, ha!?!
"Yes, what a great night!?! It was our first gig abroad, and I don’t think the festival billing could have been any better. Well, I remember that we did a really great gig and that it really was a pure alcoholic madness afterwards, fights included!!!"

By the way what the fuck should people outside of Sweden know about TRIBULATION’s hometown Arvika? Is it a horror film type of lonesome suburb and what about the habits of the TRIBULATION crew beside drinking and praising the cult Metal of Death!?!
"I don’t know and I don’t really think that anyone cares. It’s just a small town near the Norwegian border. Not that much to do except from playing music, drawing and drinking beer. Nowadays I live in Stockholm and the rest of the band seems to be following." 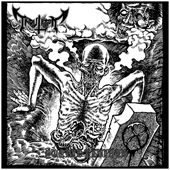 Tell us more about your passion for 80s Speed Metal since you’re also playing guitar in Swedih ENFORCER… Don’t you think some TRIBULATION deadheads might be shocked when they see the ENFORCER bandpic with you guys posing like an 80s Glamrock outfit, haha?
"Well, I have a passion for Heavy Rock / Metal in general, including Death Metal. There’s a thin line between the two that people don’t seem to notice. I don’t really care what anyone has to say about it. I look pretty much the same way on stage with TRIBULATION as with ENFORCER, which is pretty close to what I wear on a daily basis."

At last I like to thank you a lot for your time and dedication, cheerz’n’beers to Sweden! I’m looking forward to see TRIBULATION live in Germany with this debut album… Have a blast!!! It’s time for you to take over the final words and leave us with your current Top 5 playlist…
"I hope you’ll get to see us as well!!! Top 5 playlist for the day: 1. Mortuary Drape – "Tolling 13 Knell", 2. BATHORY – "Bathory", 3. DarkThrone – "Transilvanian Hunger", 4. Blue Öyster Cult – "Secret Treaties", 5. Samhain – "Unholy Passion"."