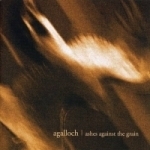 Let me begin with my main complaint about this album: the release date. All the cartoon-satanists within the scene go or at least try for some ridiculous 06.06.’06 or Halloween – release and this wonderful piece of music that evokes pictures of vast snow-covered landscapes or autumnal woods more than anything else is unleashed upon an undeserving mankind in the middle of a summer which couldn’t be more infernal. Heading from the northern area of the United States, AGALLOCH’s debut, “Pale Folklore” was promoted in Germany as reminiscent of ULVERS immortal “Bergtatt”, a comparison which could only make the aforementioned look “pale” indeed. Their second longplayer “The Mantle” marked something like the missing link between the darker shades of Metal and neofolk, two scenes that share more similarities than most of the Herrenmenschen-wannabies that flood the latter like to admit. And although this album showed a huge progression from their earlier works, their influences still shine trough their music pretty obviously. You could clearly name the SOL INVICTUS-part, the DISSECTION-part, the FIELDS OF THE NEPHILIM-part and so forth. Their new effort finally sees them forging a style distinctively their own. The most characteristic element therein are the mesmerizing lead-guitars, like in the beginning of the opener ‘Limbs’. They’ve strayed further from their Metal-roots, only the hoarse screaming which is still used in some parts allows a connection to that genre. Also the folkloristic elements have been reduced drastically so that the emphasis lies more on the Progrock-element of their music. But all these genre-descriptions fail to grasp the grandeur and unique atmosphere of tracks like ‘Fire Above, Ice Below’ or the ethereal ‘Not Unlike The Waves’. Especially the last track stands as THE most perfect expression of this bands vision to date. Some rather annoying soundscapes in the closing trilogy ‘Our Fortress Is Burning’ don’t take away from the overall great impression that this album leaves the open-minded listener with. So all that’s missing now is some autumn-atmosphere to let this bloom in all its beauty. Wake me up, when September ends… www.grau.cd