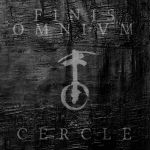 This three-track EP is the debut by French based FINIS OMNIUM. At first a little praise for the dedication and energy (and money) the band put into recording and releasing this output, because it is all self-financed. It is published not only in digital format but also in a gatefold style first pressing CD version which looks great. When it comes to the music, quite frankly, I have my problems. At the best moments during the three songs (eleven, nine and fifteen minutes long) the band is able to create a style mixing the relentless attitude of Crustcore with the dark, grim approach of Black Metal. During the track ‘The Great Destroyer’ some melodic Death Metal riffs appear and let me think of a band like NECROPHOBIC on their latest releases. But sadly these moments are spread thinly. Too often FINIS OMNIUM are drifting away either in somewhat meant to be atmospheric (but for me it just sounds boring) or the music is lacking in energy in form of an idea what it should sound like. Guitar, bass, drums and vocals are drifting arbitrary and directionless. In this case less would have been more, no one is eagerly awaiting a debut EP with a playing with more than half an hour playing time. So hopefully the band is managing to lay more emphasis on their strengths. www.facebook.com/finisomnivm, https://finisomniumband.bandcamp.com