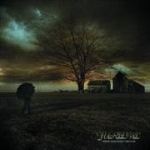 Have you ever heard about a band from Växjö, Sweden called FURBOWL? Some of you might have and some of you don’t. But I am sure that all the readers of Voices From The Darkside can handle the term Death’n’Roll, right? The majority of people might have ENTOMBED on their mind. Of course these guys were to most successful band sailing under the flag of Death’n’Roll during the mid 90s. But did they invented this kind of music? No, they didn’t. So which band came up with this funky music? Who played Swedish Death Metal in the early 90s and mixed it up with ingredients like Hardcore, Punk, Rock’n’Roll and Gothic? Now it would make sense to know the name FURBOWL. Alrighty. Enough bla bla by the old man talking wise! Here are the facts for those of you who decided to continue reading this CD review written by a prejudiced diehard fan of this band! Originally FURBOWL released their debut CD "Those Shredded Dreams" in 1992 via Step One Records. Co-produced by Michael Amott (back then in CARCASS), this guy also delivered guitar solos for a few songs. This fine re-release here features the debut album and 2 video clips on CD1 (in the live clip from Uppsala 1993 you see young Tompa of AT THE GATES banging his dreadlocks to a song called ‘Razorblades’). All re-mastered. All sounding very honest, original, raw and still fresh. That’s the way brutal music has to sound in my ears. Natural recorded on 8-track tape. No digital fixing and wangling at all. The real deal. All natural by mother nature. You will hear immediately, that these guys wanted to be different, creative and independent back in the days. This is unique stuff. Probably the birth of Death’n’Roll music. Absolutely no boundaries here. Very risky if you ask me for those days. Because back then it was popular to be true in the vein of the traditional Stockholm Death Metal sound. Drifting away could be commercial suicide for bands and their record sells. But FURBOWL always stood for the music itself and not for fucking sales. CD 2 (the bonus disc) contains a bunch of extra stuff like early demos, unreleased songs, live versions, a VENOM cover song, etc.! All very charming and worth to call your own. The booklet features very funny and interesting liner notes by the main actors, namely Johan Liiva (vox, bass & guitars), Max Thornell (drums, keys) and Michael Amott (lead guitar). So you little boys and girls out there. Get up and go out for some CD shopping. This fine re-release of a legendary album by a legendary band is a must have for all Death Metal maniacs out there!!! One of the real few milestones!!! By the way: this re-release also should be available on double gatefold vinyl very soon. Hmmm…delicious!!! www.myspace.com/furbowl, www.vicrecords.com