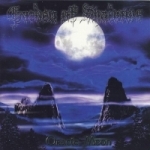 These American hopefuls already established their name in the worldwide underground scene through their “Heart Of Corona” demo, which was even re-issued on CD via X-Rated Records. Unfortunately I never got to hear that, so when I got a copy of “Oracle Moon” in my mail, I immediately associated a Black Metal – or at least a Black / Death Metal release in the melodic Gothenburg tradition with its dark’n’moody cover artwork, the logo and the band’s moniker GARDEN OF SHADOWS. But I was obviously wrong! Even though this five-piece also comes up with lots of incredible melodies, their overall style is far more unique. Just imagine the old AMORPHIS grunting vocal style, add the rhythm section and riffing from the more current DEATH releases and mix that with the experimental, progressive side of OPETH and you’ll get at least a little piece of the picture. The six tracks (plus the half-minute intro to ‘Dissolution Of The Forms’) on “Oracle Moon” are all beyond a length of eight minutes (quite obviously another similarity to OPETH). But unlike the Swedes, who often seem to end up in weird instrumental progressive songstructures, GARDEN OF SHADOWS easily manage to capture the listener’s attention with interesting arrangements and a focus on catchy melodies. Their combination of excellent twin-guitarwork with moody keyboards results in some easy accessible material, which mainly gets its necessary brutality through the deep grunted vocals (quite similar to AMORPHIS on “The Karelian Isthmus”). A welldone production sums up this highly recommendable debut, which deserves your full attention (in case your musical taste isn’t limited to SUFFOCATION and INCANTATION type stuff exclusively).