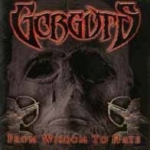 After a 3 year break these Candadian tech-Death Metal mongers return with their 4th album in 10 years. Many of you will remember their classic albums such as 1990s “Considered Dead” and 1993’s “Erosion Of Sanity”. After that they were dumped from label Roadrunner and were left to explore other options. After a 5 year absence they returned with the odd and overly technical yet awesome “Obscura” album. Many people will be quick to note the comparisons to fellow French – Canadians KATAKLYSM, CRYPTOPSY and OBLIVEON. Yes indeed, they went from a SUFFOCATION clone in the early 90s to a powerhouse. 8 tracks of pure mesmerizing technical Death Metal. Luc Lemay (guitar / vocals) the only mainstay of the band recruits some very talented players on here, especially drummer Steve MacDonald. The main key of this album is that it is much more easier to get into than “Obscura”, it is still technical but I can understand it. Opening track roars in with a blast beat with some stop and go riff age to accompany it, from here on in its a wondrous affair of Armageddon. GORGUTS being the most technical of the Montreal bunch, I recommend you get this album.