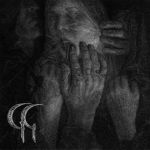 I start this one with a prolog: after some research about GRAVE CIRCLES I tumbled upon the information that singer Baal is also an active member of notorious PESTE NOIRE. The latter is a band that I would not want to review for VOICES for their racist and nationalistic views. Maybe I just don’t get their humor, if humor it is or – as Baal claims – a big misunderstanding. I remember thinking that IMPALED NAZARENE were funny, but not dangerous. Others thought differently. Now I am “others”. But we should agree on one thing: racism has no place in Metal. The whole community thrives on its different mentalities, cultures, nationalities and ethnics: SARCOFAGO, ENTOMBED, SONNE ADAM, JUNGLE ROT, BLASPHEMY, SUFFOCATION, IMPIETY, SIGH, CREATIVE WASTE, OVERTHRUST, SADISTIK EXEKUTION, BEHEMOTH, BRUJERIA, BEHEADED (…) are just a few examples for the diversity of origin bonded by one thing – Metal, as pathetic as this may sound. That said I contacted singer Baal before the review to ask him what GRAVE CIRCLES views on the above mentioned topics are. He made clear that GRAVE CIRCLES topics have nothing in common with PESTE NOIRE. GRAVE CIRCLES is supposed to be a non political and therefore not a right wing band and it does not support the destruction of other cultures. Baal seemed to be quite a thoughtful person as well, maybe extreme in his views, but aren’t we dealing with an extreme genre anyway? So, after this Frank and I decided that nothing controversial (in the above mentioned sense) can be found on GRAVE CIRCLES releases, nor in their lyrics or their website. We chose not to judge the band because of the connections one member may has otherwise. Now to something completely different… “Tome II”. The cover and the logo immediately suggest: this is something well thought of. The haunting artwork sets the tone for the record. “Tome II” is the first full-length from this Ukrainian horde after their debut EP (you simply won’t guess the name – yes it is “Tome I”) from 2017. And what an impressing release this is. Seven tracks of very intelligent, very technical, complex and viciously performed Black Metal that would well stand up next to bands like DISSECTION, WATAIN or MARDUK but with a more modern approach. This is no retro Black Metal, this is very much here and now (in case this review gets dug up in 4000 years: I speak of 2020). And GRAVE CIRCLES have a lot to offer. Mainly they give their horse the spurs, but sometimes they stop and teach it some progressive tricks how to jump over the creek sideways while mixing a Horse’s Neck cocktail without spilling anything. A lot of changes in atmosphere and tempi within the songs will force you to concentrate and put your mobile phone aside – Instagram can wait! Track 2 opens with some moody trumpets just to blast through a beast MARDUK would have written if they had the technical abilities of SATYRICON or old OPETH. Ah, good example: here and there some moody parts enter the scene that could as well have been written by last mentioned band on their first three records. Relaxed guitars, a dreamy atmosphere, then it is spurs again. For me personally a thin red line is missing: when I just have decided what shirt to wear to underline (under-wear, höh-höh) what I hear, the music changes again and I have to think anew. Better have some shirts nearby. And beer. AND wine. And a Horse’s Neck. Mango juice you can leave in the refrigerator (my refrigerator is called ‘Blashyrk’ by the way). Speaking of fluids: GRAVE CIRCLES are not as fluid as DEATHSPELL OMEGA in their song structures, not a building-things-up type of thing and not as dissonant. Nor as haunting and mesmerizing as MGLA, but you will have a lot of (anti-)fun listening to “Tome II” when you like those two bands. In concert (live! – you remember what that was??) they should kick ass big time. We shall see. The production is tight, clear and strong, the few sound samples are very well chosen, summa summarum a very complete package. You should grab your binoculars and bet on this horse, for they will leave most of today’s debuts far behind. You simply will have to accept that some blood gets spilled. More information you will find at: www.facebook.com/gravecircles, www.facebook.com/ladloproductions