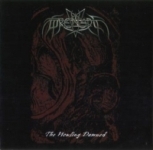 From the webmaster of GRENADE…”Regrettably, GRENADE has experienced a series of changes that has led to three of the four members leaving the band. Nigel, who is the founding member of GRENADE and the band’s songwriter, intends to continue GRENADE in the future. What form this may take remains to be seen, at this early point. As I knew all of the members of GRENADE personally, I have decided to archive and preserve this website for a number of reasons: as a testament to everything that GRENADE has achieved up to this point; as a memorial to the saddening loss of the potential that this first incarnation of the band possessed; and as a salute to all those who supported GRENADE and were there during all of the good times over the years. Finally, I would like to wish the ex-members of GRENADE all the best with their future endeavors.” Wow…I am almost speechless! Two Hells Headbanger’s CDs reviewed in the spans of two days time (the other being VICTIMIZER from Denmark) and each of these bands having imploded simultaneously as their debut albums have been birthed, makes me wonder what kind of spell is Hells under, to have had this happen again?! Ill timing is one thing yet to have another stillbirth in so little time and in rapid succession, leads me to think something foul is afoot or that mayhaps their well has been poisoned! For those that might be unacquainted with GRENADE, this Aussie outfit is a Blackened Metal hybrid extremely close in style and sound to DESASTER from Germany. So much so that if you’re into DESASTER your money shall be well spent here, as you will no doubt dig what GRENADE are (or should I say were?) all about. “The Howling Damned” is the band’s three year awaited follow up to the 2004 “Hellsong” 7″EP that received more than its fair share of above average praise throughout the Metal world. “The Howling…” features eight pounding tracks that span GRENADE’s short-lived career of riff friendly, Euro-inspired, Metal war craft. Played exclusively and strictly for only the most Die Hard Metallers. Contact: P.O. Box 196, Springwood, NSW 2777 Australia or grenade_attack@hotmail.com or www.myspace.com/grenadeattack