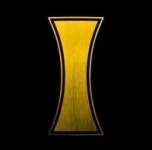 I am sure Abbath speaks about the golden path between Motörhead and Immortal, when he titled the debut album of I “Between Two Worlds”. Or perhaps he likes the Uriah Heep album so much that he had to copy and paste that album’s name? Personally I think I is more or less the epic midpaced aspect of Immortal. In that sense you can say that I is Immortal without the mmortal. But wouldn’t that be too easy? Isn’t there more to I than seven reproductions of ‘Tyrants’ from “Sons Of Northern Darkness”? Of course there is. Abbath and his companions have made an album that holds several great parts and too many of the midpaced sections where nothing special happen. But be sure it’s Metal with a capital M nonetheless. To me there are two tracks that stand out. ‘Battalions’ begins with a surprisingly fast pace… and continues in this rate when Abbath appears with the traditional grim crispy voice that we still consider amongst the best in the extreme Metal scene. But after some three minutes into the track the song changes drastically, and we’re thrown into a mighty riff. I think if I went to the top of a mountain nearby with my MP3 player, this section would reveal nature just as good as watching it itself. Just imagine the view… I’s honour to the late Quorthon is another one that stands above the rest. I’m amazed by the way this band has managed to create a feeling of Bathory without copying any of Quorthon’s songs. Great. When you listen to “Between Two Worlds” I suggest that you play on ten. When you just let the music float in the background, these minutes feels like one long song, perhaps with the exception of the Motörhead-ish opener ‘The Storm I Ride’. And the album needs a few spins before the songs differentiate. But when you play this loud, you’ll begin to feel the power of each drumbeat, each riff (no matter if it feels repetitive) and Abbath’s trademarked voice. I am still not sure if this is a weak 5 (out of 6) or a strong 4. It depends on the volume I guess. And mostly I play this loud, because that’s what the clear production commands you to do. So, I choose to go for a weak 5, but I must say that if their next release is not more dynamic, that one will be a 3 or a 4 at most. I promise you that. www.i-metal.net.