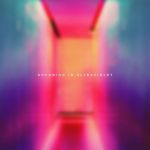 "Post Black Metal"… Can someone please explain me the meaning of this ridiculous new genre within the extreme music underground? What exactly is that supposed to mean? "Modern Black Metal"? "Black Metal without corpsepaint"? "Black Metal for a more sophisticated audience"? I have no idea… and I couldn’t care less, to be perfectly honest. Yes, I’m totally narrowminded when it comes to Black Metal and most of the time I can’t stand any innovation in this genre. I’d rather listen to a band that closely follows the footsteps of old DARKTHRONE, IMMORTAL, WATAIN or BATHORY than to innovative acts, that drop the corpsepaint, sing about topics that are in no way connected to the original idea of Black Metal and dress like students at a Highschool (anyone seen the newer pictures of EMPEROR’s bearded Ihsahn with a turtleneck sweater?? Holy shit! "Hipster Black Metal" or what?). JOYLESS EUPHORIA is a three piece act from Vienna, Austria and "Dreaming In Ultraviolet" is their second full length (their self-titled debut was released in 2017). These guys are labeled as "Post Black Metal", so needless to say that I wasn’t really enthusiastic to listen to their album (and the remaining VOICES staff obviously wasn’t either, since nobody wanted to give this album a review)… The unusual colorful cover of this release would better fit to an album of an alternative Rock or Pop act, the band’s logo (only used on the included booklet) has more of an old Thrash Metal look to me and the band name reeks of "Suicidal Black Metal" (another stupid genre label if you ask me). So, in the good old days, when people were still buying records at stores, "Dreaming In Ultraviolet" would certainly have collected dust in the shelves, that’s for sure. But to remain fair. Musically JOYLESS EUPHORIA aren’t as bad as I expected them to be. Their songs are mainly straight forward, harsh, icecold, very nordic sounding and they certainly create an impressive dark atmosphere with lots of melancholic moments incorporated. There’s only six rather long songs on "Dreaming In Ultraviolet" plus a short piano interlude (‘Desperate Euphoria Part I’ ), so the majority of the music sounds rather grim and is only spiced with some acoustic passages. The production is raw and clear and the music definitely benefits from that. So, yes… JOYLESS EUPHORIA definitely surprised me in a positive way. Never judge a book by its cover? You bet! If these guys would put on corpsepaint, had a black/white cover and a Christophe Szpajdel logo, the underground would probably praise them as a new revelation. If you won’t believe my words, check them out and make up your own minds at www.facebook.com/joyless-euphoria-1724618844500988, label contact: www.boersma-records.com