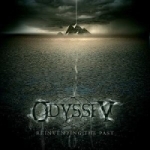 This is a quite unusual project masterminded by Dan Swano, as it features 7 covers songs and the "Odyssey" mini-CD (originally released in 1999) as bonus tracks. From what I learned, this should’ve been the other way round – Dan was asked to record a couple cover tracks to add to the mini-CD re-release, but it turned out this way and so you can hear tracks like ‘Eyes Of The World’ (RAINBOW), ‘In The Heat Of The Night’ (Sandra) or ‘Shake The Disease’ (DEPECHE MODE) in their new, metallic glory! For me, the first word that came to mind after listening to this album was "bombastic". This time Dan gave it a really BIG and grandiose production, where you can clearly hear every little nuance, while still retaining crushing heavyness and melodies. If you are familiar with Dan’s other project NIGHTINGALE or heard his solo album "Moontower", then you can take a hint of this production, but given the fact that this is mostly comprised of cover songs, it takes you to a whole different plateau. Also I must stress that the guitars sound totally monstrous here, very clean but heavy as fuck and Dan pretty much sings in clean voice, no growls here! My fave sogs would be ‘Eyes Of The World’, ‘At The Gallow’s End’ (CANDLEMASS) and ‘Gypsy’ (URIAH HEEP). Also the 3 remastered tracks from "Odyssey" mini-CD are amazing, especially ‘I Carry A Secret’ and ‘Amon-Ra’, which remind me of EDGE OF SANITY’s "Crimson" – era a lot, mixed with the first NIGHTINGALE, but with powerful clean singing and killer choruses. I’ve listened to this album at least 10 times already and I’m surely will be spinning it many more times, so all I can do here is recommend you give it try. It might not be for everybody, but for those who enjoy some good melodies mixed with crushing heavyness and progressive elements will be in for an amazing treat! And just in case you didn’t know yet, Dan Swano is a fucking genius! Massive respect! For more info check out www.myspace.com/odysseyswano, www.vicrecords.com