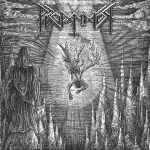 This Mexican horde delivers good old school thrasning Metal from back when it was a rancid crossover of Heavy Metal, Speed Metal, Hardcore and sheer brutality. The band has been around since 1999 and this is their fourth full length, and from the bits and pieces I remember from the past, the band never really has found their space, nor sound. I recall it as quite more primitive and straight forward than this output. “Fallen” is straight forward by all means, though it strays off the primitive and raw path here and there, and incorporates more modern Black / Thrash Metal elements, I can find resemblances to a Norwegian band or two, nothing that takes over the smashing sound of PROFANATOR, though perhaps a sound that could be interesting for us, to see the band develop further, as it works quite well for them. Raw and and quite brutal in your face Crossover thrashing madness with some darkness in the mix, is what these Mexican maniacs deliver on “Fallen”. It is not the most interesting album I’ve laid ears on during 2019, though it has its moments of insanity and rawness. Enter the deep tracts of hell: www.facebook.com/profanatoroficial, www.fda-records.com