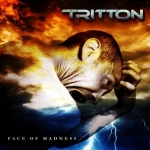 Most of the members of this band played before in another similar outfit DRACKO, which also plays in a very similar style which can be defined as Heavy / Power Metal with some slight Thrash Metal touches. For once this is very well played and executed, as most of the musicians of this Mexican band have quite experience not only in this style, but also in other Death and Thrash Metal outfits. The main influence will range something between IRON MAIDEN and early HELLOWEEN, with a lyrical reference towards insanity, injustice and other social conflicts. The production values are also quite very good too. Still, my only complaint will be with the vocals. You see, for a traditional Heavy Metal or Power Metal band, to really shine amongst the masses, a need for a gifted, charismatic or special toned-vocalist is something that will push the band a lot. In this case, we are presented with the vocal work of a female vocalist, and that feels like the weakest part of the band. I appreciate the fact she does not goes for a “opera” style, but for a more Rock orientated approach, still the strength is yet not there. At least for me, a charismatic female vocalist will always win. Federica de Boni, Doro, Leather Leone, they all haunt me… I really have no complains in the musical aspect of the band, as I appreciate the members are trying to have a good time rather than showing off what they can do, and there are some catchy riffs here and there. Still, for a debut album there is always a chance of improvement. If you like the style, you can do no wrong by checking some songs of their web sites, and yes, if you like it, buy it in its physical format. www.facebook.com/trittonmetalband, http://trittonmetal.bandcamp.com