It seems that the new generation of Black Metal acts finally goes back to the roots of this genre again, by delivering raw, uncompromising and hateful music instead of nice gothic inspired dark pop music. Sweden’s CRAFT is another fine example of pure blasphemy in the good old DARKTHRONE tradition, yet very well produced! The following interview with guitarist / bassist Joakim was originally done back in May 2002, but still contains enough information to get used again now… So, read on and find out more about this uprising black horde…


Tell us a bit about CRAFT’s history…
"CRAFT formed in 1994. We released our first demo "Total Eclipse" in 1999, although we had recorded one in 1997 which wasn’t too good (that’s why we never released it). Members of this band are: myself (on guitars & session bass), Daniel (drums), John (lead guitar) and Nox (vocals). We also use this guy for virtually every recording session as backup vocals, but he’s not an actual member; he doesn’t take part in the writing process nor is he involved during rehearsals." 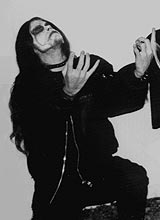 Tell us about your new album "Terror Propaganda"… Are you satisfied with it? How does it differ from your other releases? What do you expect from fans, promoters etc., their reactions and so on…? Where will people be able to get it? You also have switched label from Black Hand to Selbstmord Services, what are the reasons for this?
"This album has been very delayed. In my opinion the songs are in fact very much in the same style as our previous stuff. This album is not at all that different from the first one, except for some production-related issues. The main thing we have corrected since the last recordings are the guitars. We mixed them higher and have generally a better sound. This time we also mastered it at Digitalfabriken here in Gothenburg, which is very expensive to do but it really helps a lot with the final mix. About the response, I have no idea at all this time. The comments that our closest friends have given us have been good, but when it comes to my music I’m of course aware that many people only say what they think I want to hear. This time however, people will be able to get a copy easily, we have very good distribution and will release more copies of it than the average Black Metal release, which is fucking excellent. We’ll have more influence over people, and that’s what matters to me. We didn’t exactly switch labels. We never sign more than one album deals at a time, because we need total freedom with whom we cooperate with. No record label will have any influence over the creative sides of CRAFT, we play in this band for our own sake, not to please labels. If a label fucks up then we won’t sign another contract with them, naturally, and that’s exactly what happened with The Black Hand. They were incapable of handling Black Metal bands, and when we complained they always whined about "how hard it is to run a label" etc. That’s just cry baby shit which we refuse to listen to. So we broke the contract and got back the rights for "Total Soul Rape" for some competent label to release, which in this case happens to be Selbstmord Services. 3000 CDs and 500 LPs or so will be printed of the re-release from what I’ve been told. I think it’s fair to say we helped hammer the last nail in the coffin for The Black Hand, which is a good thing. To have a label these days is as common as playing in a band, and it’s very easy for everyone to figure out that it won’t work in the long run."

What promotion will be done for the new release? A possible tour?
"Well, first we have to rehearse some more. Recording an album is one thing. If you play a mistake on one track, you can stop and try it again. For live performances we would need to know every bit of every song perfectly, and at the moment we don’t. We are also lacking a bassplayer. I’ve checked around with a few people, but so far we haven’t found one. Though, we will try out a bass player when we rehearse next time in Stockholm. Maybe then it’s time to investigate the possibilities of a tour, however I’m a little sceptic about the whole touring thing." 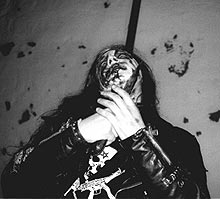 What are your opinions on the following terms, persons: Nietzsche, Hitler and Sweden (in general)?
"Don’t know enough about Nietzsche to say anything. I’ve only partially read one of his works, and I don’t feel I know enough of him. Hitler was a big leader. If we consider what he accomplished he was one of a kind. I am really and truly impressed with the effort he put into his cause. Eventually he lost his struggle, but he was closer to his goals than most people will ever get in their entire lives. I am not a national socialism, in fact party politics doesn’t interest me at all. I have extremely rare views on most things, and for a person like me there are no suitable political parties or even political genres, that’s why I don’t involve myself in politics and deal exclusively with religion and philosophy instead. Sweden, along with every other country, and every other place on this earth and in this universe, holds no place in my heart so to speak. This entire creation is just a minor obstacle which is temporarily violating the space of True Chaos. It will all be destroyed eventually, and that’s what’s important."

How political will CRAFT go? Do you prefer to stick to just music or go beyond that? Like for example Graveland’s split with the NS band Honor. What are your opinions on NS Black Metal? Can CRAFT agree with these acts? Cause I saw CRAFT’s site has vanished into an info page by cause to lose the Swedish gouvernement of your back, what is the reason for it? Or won’t you say anything about it?
"As you probably know by now, CRAFT will not go political at all. I see no problem in mixing politics and music. Music is a great thing, which no doubt every culture will take advantage of. I don’t think national socialism mix with the ideology of real Black Metal in a way, but that doesn’t go further than labels. I only think NS Black Metal is an inappropriate label for the music, but I don’t care anymore than that. Our concept section of the site vanished because of some stuff that is old by now and I no longer wish to pay attention to it, so that’s the end of that subject. The CRAFT site however disappeared because I was tired of it, I thought it was too much of a Black Metal look, when in fact Black Metal is only one of the means to an end, and not the important thing itself. So I am currently remaking the site to focus on the more important issues like our anti-cosmic intentions, rather than only appealing to Black Metal fans." 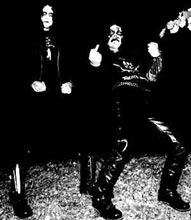 Black Metal is a watered down term these days, what’s CRAFT opinion on the Swedish Black Metal scene. Do you chose to be part of it or to be left alone, are there any bands you might hook up with in the near future? And how is the Swedish scene doing?
"CRAFT is definitely a part of the Swedish scene. We have contact with a big part of it, but the most important bands ideologically are ARCKANUM, DIABOLICUM, SATAROS GRIEF and CONTAMINO. I also support other bands here, some of the better bands in Sweden right at this moment are WATAIN, NCO, TRIUMPHATOR, SHINING (their third album is excellent), and a couple more. The Swedish scene I guess is doing "fine", a lot of bands seem to have disappeared, which I prefer, and there are only a few left to concentrate on which are the important ones."

Tell me five bands that influences you musically and ideologically.
"That’s impossible, because no band has influenced me musically and ideologically. I don’t get ideological inspiration from people who are mainly musicians, that would be quite foolish. A musician is a musician. Very rarely a musician also happens to be a Satanist (agnostic). If I have to chose then I would say ARCKANUM. If we’re talking musically only, then I can name DARKTHRONE, BURZUM, CELTIC FROST, PILEDRIVER, BLACK SABBATH, OZZY, TRELLDOM, THORNS etc. I also get musical inspiration from electronic music, but there’s no way anyone can hear that in our music."

Do you think Black Metal is the best way to send out CRAFT’s message? Are there any other actions you might take to spread the plague? Are any members involved in other musical projects?
"I can say for sure, it’s not the best way. But I have my views on things, as well as I happen to be a musician, or even better, a song writer, so I could just as well bring the two together. You see, my spiritual and ideological sides are so connected with everything I do on earth that I almost can’t separate the two even if need to. If I make music, 95% of the time it will be connected to my personal beliefs no matter what genre. For example, I also compose a lot of electronic stuff, and whoever heard of electronic music besides ambient / industrial with a concept like this for example? Ok, I’m sure it exists, but I’ve never heard any. However I do take it very seriously not to mix any of my other musical sides into CRAFT, as there’s absolutely no need for it. Which brings me to your next question.

Do you believe CRAFT’s music can be understood, lived by youngsters age to 15-17 etc.?
"Ideologically, I don’t think so. I think they will hopefully understand when they are a bit older. When you’re 15 you have just recently started thinking on your own, and most 15-year-olds are still way too concerned about what other people think. But the key to the CRAFT concept doesn’t really lie in the lyrics, there’s not enough information in those short texts to understand it, so we might put together a library on the website for people interested in that sometime in the future. Of course it can be understood musically, although the new Black Metal fans might not appreciate the old music as I do, or people in the mid 20’s and over. I think the really young people generally want more new DARK FUNERAL or MARDUK-style music, but there’s always exceptions."