Friends of the German underground welcome! Yes, there are still demo bands that manage to impress me and don’t just promise to do so within the next years… but enough introduction-shit: let’s hear it from the band itself (by the way, check out the band’s review on the glorious VOICES pages)


We know much but we do not know it all – please introduce ISLAND to our dearest readers (band-history, releases etc.)…
"We formed in October 2003 as a three member band. Florian Toyka on bass, Patrick Schroeder on drums and myself (Christian Kolf) on guitar and vocals. We recorded "Orakel" and another three song EP that will be published in march 2005. But after half a year, in may 2004, we decided to set the band on ice, because we needed a necessary break to get some things cleared up. After some months we started to write new songs. Florian switched from bass to guitar, his actual main instrument. We had and have the aim to record a full length album. At the moment we have no regular drummer. Patrick decided to quit this band completely because of lacking time. He wants to focus more on his main band Centaurus-A (www.centaurus-a.de). We will record the album with a session drummer, maybe we will get a regular drummer in the future. We are very willing to play live, but we don’t want to make any compromises. So we need a drummer who wants to play our kind of music including a passion for long atmospheric songs."

You are covering a huge width musically. If you were the writer of a magazine how would you describe your music to the readers (hehe, making things easier for me)? Would you use words like “Death Metal” or “Black Metal” and what meaning do these genres have for you?
"We play long and atmospheric epic songs with the influence from Metal and Progressive Rock. I won’t use the words “Death Metal” or “Black Metal”. For the "Orakel" area – yes, but nowadays – no. We have nothing to do with this genres. It’s music that inspired / inspires us in creating our music, nothing more."

You play technically on a high level – how long have you all been playing your intruments. Have you played in other bands before ISLAND?
"We play our instruments around 10 – 13 years. Yes, we have played in other bands before Island. Florian has still another band called Klabautamann. If you don’t know them, check them out: (www.klabautamann.de). They published a new full length album called “Der Ort” on Heavy Horses Records at 7th February 2005. I’m involved in some other projects. One of these is ORBO (www.orbo.ws). We play rhythmical complex music with a lot of influences from each kind of music. We are still working on a couple of songs which will be recorded next year."

If somebody asks why you chose the monicker ISLAND what would you respond?
"We like the meaning and the sound of the word. It fits into what we feel when we play this music. And all in all we are just a band that needed a good name, so we chose that one."

Your name, the CD- and song-titles are in German: is there a special reason? Do you “just” feel comfortable with the German language or do you want to “revolt” against the main Metal-language English?
"No revolt. We take the things very seriously, but we don’t want to oppress the things that come up from the stomach. We took German titles because we baptized the songs with that and that name in our rehearsal room. Sometimes it’s just a working title that gets a certain meaning with the time. And to the bandname: we use the English pronouncing. Guess the German titles caused some confusion. But for us it’s simply the “island”, a piece of land surrounded by water. But I guess that Iceland (in German Iceland is called “Island”) gets very close to the imagining of our “island”." 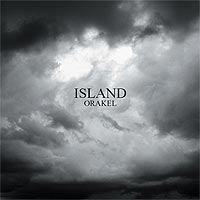 All songs on “ORAKEL” were written in just two to three month. So how do you create your songs? Does somebody come up with complete song ideas or do the songs come out of jam-sessions?
"At the moment everybody writes rough songs, which we finalize together. In the past, when we had regular rehearsals surely some parts came up from jams. In the beginning we were a fresh new formed formation and had a lot of energy and euphory. So there was a big creative flow. On "Orakel" you hear the first songs we wrote with this band ever."

When is a song “finished” for you?
"When the feeling says “now”."

“ORAKEL” has a very natural sound. Was that on purpose? What kind of equipment do you use (in the rehearsal room)?
"It was partly on purpose. We wanted to have a rough natural sound. But many things of the sound just happened because of the circumstances."

What will the future bring for ISLAND musically? Will there be any changes?
"We have just finished writing material for a full length album. We want to record something epic, because we both like long albums with long songs, so I guess it will last 70 minutes or something. Musically it will be more atmospheric, more Rock. Some technical and progressive stuff but not so much Metal. We weren’t in the mood for this at the point we wrote the songs, but maybe in the future we will do more of the harder stuff again."

You mentioned that the next songs will be more focused on atmosphere. Are there bands that influenced some developments? If yes, which?
"No special band, though there is a lot of music that is inspiring us beneath the Metal music. But I guess the change to more atmosphere is a very natural way. We both were a little bit tired of making more brutal stuff than atmospheric stuff like we did in the first period of this band, and also the reason of having no drummer had an effect on this." 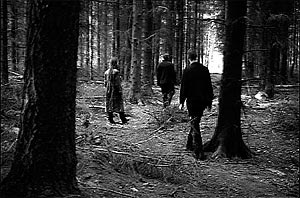 Could you name five records / bands all members of ISLAND like?
"Virus, The 3rd and the Mortal, Enslaved, Beyond Dawn, Neurosis."

And now some brain stuff: please comment on the following pair of words in just one sentence, e.g. what is important to ISLAND or what you think in general…

Musicability:
"Everyone should make music."

Determination, music: "Music is a nature drug for our human minds."

Final comments?
"For audio-samples and further information on what we’ll do in the future, please check our homepage from time to time. Thank you."