Here is one of the rare new suprises coming from that so-called Black metal Era; dark and depressive as it has to be, Krohm’s music goes back to the primitive feeling that guides the lonely wandering souls to unleash sincere atmospheres where the overloaded scenes just sound "plastic" and quite the same with every releases coming on and on months after months, years after years and so on… not necessarily original but truly independant, this act has been simply a refreshing stream where the genre sinks deep in its clichés and lack of inspiration. Let the color definitely go black back again and wait for the yet-promising first real album "A World Through Dead Eyes". Who’s gonna understand that Black Metal has to be dead since its first creation?


Hellz to ye Numinas, I’d definitly like to hear some words about the intangible vibrations that led you into Krohm as well as a piece of history about it. What does the name Krohm refers to?
"Originally, Crom came from the name of an ancient druid god, Crom Cruach. Krohm is the German derivative of Crom. For me the word has a strong pagan feeling behind it and harkens back to ancient times. The Robert E. Howard reference is there as well since Conan The Barbarian is one of my favorite movies."

Listening to "Crown Of The Ancients" is a pure nostalgic pleasure as it reminds me some of old Norwegian slow Black Metal acts that aimed nothing but the capture of depressive torments leading to unfathomable musical dimensions, what guides you onto this path? Is this why Krohm has to be a one man band?
"Depressing music is at the core of what I enjoy in this life. Krohm is my very own vision and the epitome of what I think Black Metal is supposed to be. Krohm will always be a one man band because I can only truly express these very personal ideas on my own…" 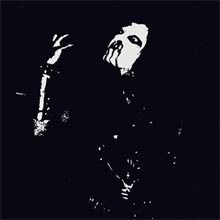 Personally I should say that two bands came to my mind while listening to your music: the old Manes demo tapes and Forgotten Woods for some sonorities… what do you think about this and which bands do you refer to?
"The old Manes demo tapes are to this day, timeless musical works and at the time they made a huge impression on me. I have only heard one Forgotten Woods song off a No Colors Records compilation and I didn’t think much of it so I can’t really say anything about them."

What got you into Black Metal and in which way, to your sense, the Black Metal vibration enhance what you deeply feel before touching a musical instrument?
"I can’t be too sure but I remember nights spent with my friends when I was 15 years old or so, very drunk and stoned and listening to DarkThrone’s “A Blaze In The Northern Sky”. That album reminds me of that period when realized I had complete affinity and devotion to this type of music. When I approach my song writing I apply complete dedication. Black Metal is a musical vehicle for pure negativity and must demand respect by way of its form, taking the listener into submission."

Reading the "Crown Of The Ancients’" lyrics reveals to be a real interesting moment as it’s in poetic shape, moreover the words are well found, granting an atmosphere of solemnity and dark majesty all the way, and definitely a deep and ethereal everlasting vision. Could you introduce us a bit more to what’s hiding under KROHM on this way…
"A lot is hidden but… I want my lyrics to be completely subjective and I don’t want my explanation to influence your interpretation. My only hope is to have conveyed thoughts that one may not have thought before." 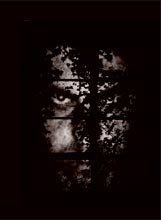 What can you tell us about your scene surrounding in the US? Which bands have you heard recently that seems reliable in the whole Black Metal area?
"I have stopped being concerned and involved with ‘scenes’ a few years ago. There are some US Black Metal bands I enjoy but I also listen to little Black Metal as of lately. To name a few: Xasthur, Sect, Leviathan…that’s it really."

What do you think about this newest trend that tends to politicize the Black Metal vibe? Don’t you think it’s been a real contradiction to the sources of the genre? Meaning that politics is just another socialised shape of taking man down to earth whereas for me the Black Arts’ cult needs to go straight to the absolute; the essence of negative vibrations, the source, the vortex where it comes from, so that the intellectualisation / conceptualisation isn’t required at all, standing aside for the purest ethereal resentment… I’d like to have your opinion about it…
"I agree with what you say but I also don’t have many examples in mind right now as to how Black Metal has been politicized. Black Metal is about expressing primal, negative, ancient forces and energies. You feel it and you fucking know it deep down when it’s true and pure. Talk of politics and over-intellectualising an art form bores me to death." 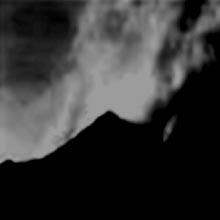 All in all, what do you think about the whole "Black Metal crowd" in its generality? And what do you think about the whole Black Metal case throughout the years ’til now?
"I don’t like to put people into categories or to generalize. I’ve met some very intelligent individuals in our ‘crowd’ but I’ve also met many complete idiots. The Black Metal case is closed, haha! You didn’t see swing, jazz or blues evolve that much did you? That’s it. We’re here, we did it, we still try to make it better and thankfully every once in a while someone creates something original within the confines of this genre but it’s still few and far between. In a way, it is the rarity of quality in this genre that makes it special."

How did you come in contact with Selbstmord Services? Are you satisfied with the job they’re doing with "Crown Of The Ancients"? When can we expect the first album’s release?
"I believe Niklas (SHINING / Selbstmord) heard the demos from a friend after which he contacted me offering to sign KROHM. Their support and belief in KROHM has been great. It seems like a natural fit between KROHM and Selbstmord since both are tuned in to the same concepts, musically and ideologically. The new album is already recorded. The title will be “A World Through Dead Eyes” and it’s scheduled for release toward the end of the year."

I think we’re done now, thanx for cooperation Numinas, the last pleasure is yours…
"Thank you for your support. Hails!!!"