"The Passage Of Existence", the fantastic new album from Florida based Death Metallers MONSTROSITY, just made it to #5 in our BEST OF 2018 readers poll and legitimately also gets a lot of praise everywhere else as well, so it was definitely time to hook up with drummer Lee Harrison again for a quick update on what’s currently going on with the band…


After all these years, what has kept the spark alive to continue with MONSTROSITY?
"Its something I’ve always done and there are no plans to stop any time soon. It would be easy to give up due to the issues regarding the way the business is done these days with labels and downloading. I just try to stay focused and keep pushing forward." 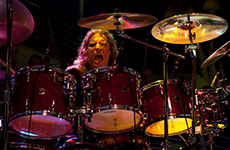 Line-up changes are somewhat innevitable, yet that has never stopped the band… what can you tell us? What do you think the newer members bring to the band?
"Yes one thing constant is change. I always can’t control other people and what they want to do. I just keep pushing ahead and if someone falls out I get someone in to replace them."

MONSTROSITY is going on since 1990, the sound of the band has changed a bit, yet stays true to the roots… what can you tell us about that?
"Yes." 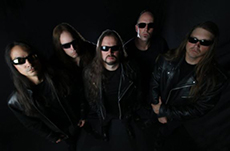 A Death Metal band is because of their lyrics and yes, the brutal vocals and music… something MONSTROSITY does without doubt, yet have you ever considered experimenting with the music or lyrics?
"Yes the middle of ‘Kingdom Of Fire’ is an example. The middle of ‘Slaves To The Evermore’ is another. ‘The Proselygeist ‘ is one regarding the lyrics."

With yourself being such a great musician, and also playing in TERRORIZER, how do you manage to keep both bands going at the same time? How hard is it to do drums and the guitars, or does it come natural?
"Well we had the MONSTROSITY album mostly written and had started recording when I started working with Pete and TERRORIZER. I’ve been playing guitar since the early days so I have always done both. I’ve been writing riffs from MONSTROSITY and even MALEVOLENT CREATION back in 1989. I wrote the main riff for the song ‘Malevolent Creation’ that was on "The Ten Commandments". I wrote the first half of the song ‘Remnants Of Withered Decay’ from the same album. There were some others too but it was all uncredited so people don’t realize I was involved in all of that. I usually write about 50 percent of the music for MONSTROSITY on guitar so I’ve always done both." 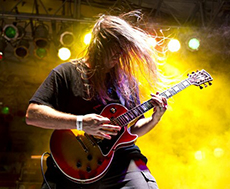 The last album is without doubt the one that (besides the debut) has caught my attention the most. It has the riffs, the vocals, and also some very great melodic guitar solos, yet never drifting away form the real Death Metal… was that the intention since the beginning?
"Well it sounds like we need to send you to get your hearing checked. Sounds like you are missing out on some good stuff if you are ignoring things like "Spiritual Apocalypse" or "In Dark Purity". I always make a point to keep the standard of the band to a certain point. This time was no different. We always want everything to be as strong as it can be."

This last album also has a killer cover art, also for me as good as the one of the debut, yet some other works have lesser graced artworks like "Millennium" and "In Dark Purity" that looked a bit too much digital for my tastes… what do you think? I am someone that prefers a good painting over digital things… 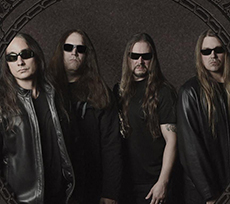 ""Spiritual Apocalypse" had a good cover too. I guess you can argue "Millennium" since it was a case of we had the album finished and we didn’t have a cover. The only thing holding us back was the cover, so we had to pick the best thing we had at the time. "In Dark Purity" we actually are pretty happy with for the time. Yeah, it would be great if it was hand painted but I just laugh at the art critics. There’s other bands out there with way worse covers and no one cares, so I just don’t worry about it. I like it so that’s it."

What does the title of the album mean for you? I have the feeling it relates to some experiences of some band members…
"It has nothing to do with the band members. It is an idea I had and just kept playing with different words til I got the title. It’s about change. It could be death or something else. Ties in with "Millennium". You will see a shirt soon that will help make more sense of it all."

The production is killer, now, you have recorded in many studios, including the Morrisound in their hey-day… What have been your experience in the studios, in which do you felt more comfortable, or think you got the best sound you wanted? 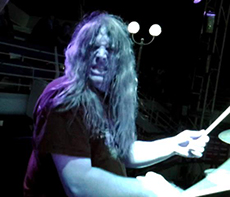 "It’s a main goal to keep the quality level at a high mark. Morrisound was great. I always will have total respect for Jim and Tom Morris but they got out of the game and sold the studio. We went to my good friend Jason Suecof who did the "Rise To Power" album so I had a history with him and he has really stepped up his production quality lately. That mixed with our personal quest for good production made things really pop for the new album."

The new album hits me with some aggressive old school Thrash influences, in the early EXODUS, VENOM, SLAYER vein, but with that Heavy Metal touch, I especially think about TONY MACALPINE and CACOPHONY in some places, but translated into the Death Metal of MONSTROSITY… what do you think? What bands do you listen to that you consider to be classic and that might as well shine on your music?
"Yeah, I love those old Thrash bands, so I’m sure you can hear some influence. We stepped up the solos on "Millennium" so we have always tried to maintain the standard set from back then. MacAlpine and CACOPHONY are good records but there was no direct influence it would be coincidental." 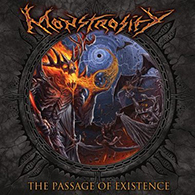 Do you keep track on the new breed of Death or Black Metal bands? What bands do you like? What bands have you seen live that have left a good impression?
"I tend to like the Black Metal bands that can actually play their instruments. Not really a fan of the noisy Black Metal. I also like old classics like DIO, SABBATH, OZZY and that kind of stuff. I like MAIDEN and PRIEST too, so I’m not into just one thing. I like a broad spectrum of music but mostly all forms of heavy stuff. Went to see BEHEMOTH last week. I think they are a band who is newer that I like."

Is a new tour coming for this album? What are the future plans of the band? Thanks!
"We have announced our appearance for the California Deathfest in July 2019. That has been our first announcement. We are working on some other things so hopefully we can confirm some stuff shortly. I had hoped to time the tour with the release of the album, but that didn’t work out as some scheduling with the guys forced us to push it back. We do have some things on the horizon like I said, so hopefully I can announce soon. As far as the future, one of the benefits of taking 11 years between releases is that I got ahead for the next album. So, I already have material for the next release. Lots of cool ideas already on the direction of the next album."