Have you heard the last full-length by Peruvian maniacs PUTRID? It was released the current year and its title is “Antichrist Above”. Along the 10 tracks, you will find a solid demonstration of furious, fast and brutal Metal in the South American way. We talked with Miguel Ángel Beraun aka Evil Avatar, who is one of the founding members of this South American Death / Thrash / Black Metal machine. He tells us about their influences, the current Peruvian underground scene, the process of making “Antichrist Above” and much more… 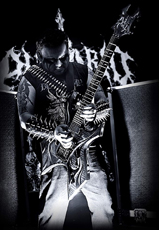 When was PUTRID created? Whath is the purpose and musical concept behind the band? Tell us about your current line-up (how you met each other, what does each one do in their lifetime, etc).
“PUTRID was formed in 2010, ten years ago. At that time PUTRID was shaped by different elements. The first vocalist was who put the band together. Both I and he came from different disbanded acts at the time, so he approached me since there were no actual plans regarding making any particular kind of music. Our drummer Ronald (aka Drum Major Of War) has played with me in another act called FLAGELUM DEI, while Robert (aka Sacrificer) plays in CROIX MORTIS and DEMONIAC SACRIFICE. Like everybody, we have common jobs. I’m a lawyer currently dedicated to my profession. I spend my money paying bills, buying vinyl and equipment for our band.”

The PUTRID discography is quite extensive. You have already released 13 different titles (LPs, EPs, splits, demos) in only 10 years. Is there any secret to stay active during this time? Is it usual to find bands that release some stuff after a long time of silence.
“Well, I have been active in making music forever, so you have something to be recorded all the time. I think through the years this has been a priority in PUTRID, just making devil’s music and trying to be committed to it and to keep the band alive. On the other hand, we are very passionate about music and I think it’s hard to find passionate people nowadays. Everybody has a band just to post photos on social media. If you don’t make music it’s obvious that you are not interested in making music.” 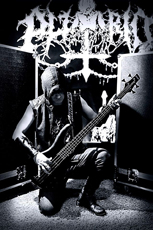 Tell us about your main influences. In “Antichrist Above”, your last offering, we can hear some strong MORBID ANGEL and ANGELCORPSE influences.
“I would add KRISIUN and IMPIETY. It wasn’t forced to be like that. On the other hand, I don’t think it was casual since it is the music that you listen to every day. I’m feeling proud when people make that kind of comparisons but it wasn’t what we were looking for, to be honest. It is as simple as just wanting to make brutal music with all the South American feeling. It’s just that. I’m feeling pleased with our sound in this production and with the people who welcomed it.”

“Antichrist Above” is a furious South American Metal demonstration. How was the writing process and how long did it take to finish the stuff?
“It was composed and arranged in one year. Everything was very organized. We worked on the songs while we were jamming at the rehearsal spot. We stopped playing gigs for a long time to finish it. I usually bring a song to show it to the band and then we work over it. The lyrics are written later. We recorded everything in a matter of 4 or 5 days and it took 3 weeks to finish mixing and mastering. I guess the secret is we were organized and disciplined to work on it.” 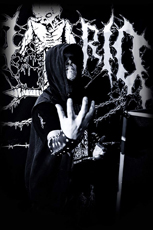 What is the content concept behind your lyrics?
“Ok, this topic has become very controversial nowadays. I have been working on lyrics from many years ago and not only for PUTRID but also for other bands that I have been in and I never have had so many problems because of a stupid thing like this. Too many people have criticized lyrics and I don’t think this may be so bad. To me it’s stupid what some people are expecting from PUTRID regarding the lyrics. Are they looking for poetry? Mystic topics? Chakra like as those shitty bands like CULT OF FIRE or BATHUSKA? Why is the message so hard to understand that we want to convey or is it because the current Black Metal followers are stupid enough to believe this will open a magic portal to another dimension? Few people utterly understood our full-length and have been saying things like “oh, yes, this is fast and brutal, it sounds like true South American Metal… but I don’t like the pics and lyrics and I’m listening to mystic masonic Black Metal only”. Ok, I have some news for you, that was the idea, to go against all that mainstream shitty Black Metal and if you don’t like it, suck my dick.”

How come PUTRID signed with Godz Ov War Records to release “Antichrist Above”? This is not the first time you worked with them. Am I wrong?
“Not really. This is the first time we are working with them and we feel very satisfied. I noticed some labels and distros don’t have our CD available anymore, so I guess it’s doing well. It hasn’t been available in South America because of the pandemic but it will be soon. Regarding Godz Ov War, it has been easy working with them and I think a good job was done. I believe both are pleased.” 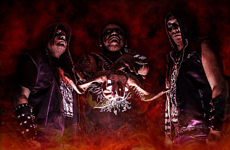 How do you interpret the current situation regarding Covid-19? Are you planning any option to promote your stuff since the live performances are suspended?
“Well, everything is fucked up. I think PUTRID is in a favourable situation because our album was launched when everything was almost starting. Too many bands aren’t active anymore and they will have to start again from the beginning to record new stuff next year. Concerning promotion, I guess the Internet took care of that. Promotion would involve travel to other countries and that was not possible, even with no Covid-19 because of our jobs. On the other hand, bands are paying their tickets and we disagree to do it.”

How is a normal day in your lifetime nowadays? I guess you got work responsibilities as everyone. How do you compliment this with your musical activities in the current situation?
“Well, it is hard to wake up nowadays, take a shower, drink a coffee and get ready to sit down in front of your personal computer until 6 or 7 to reply to questions regarding your job and then take your guitar and play a few hours. Everything has changed so radically, so I think we’re getting used to quarantines. We are not rehearsing and I’m working on new songs. That’s my routine by now.” 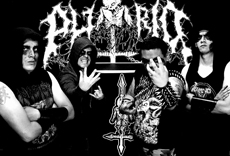 Your thoughts regarding the current South American scene? It seems to be a growing interest from many places around the world about what is happening here, but the truth is you frequently attend a local band’s gig and there are no more than 100 people. However, when a big international name announces a show, people buy tickets at a ridiculous price and fill stadiums.
“I think that the attendance at a concert can no longer measure the impact of a band. Too many people have the habit not to go out to attend a show and everything is done today from a computer screen, which is boring as hell. As you say, many people in Europe are searching for South American Metal because of its rawness and brutality, but out there people are interested in the inclusive shit and have become very sensitive as well.” 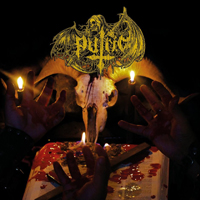 Which actual Peruvian acts can you recommend to extreme underground Metal fans that only know a bit about your Metal scene? Please also name some essential records from the Peruvian scene.
“I think the most outstanding act of the last years is HELL TREPANNER and the classic acts like GOAT SEMEN and MORTEM. Some essential Peruvian stuff to me is “Even If You Die A Thousand Times” by HADEZ, GOAT SEMEN’s “Ego Svm Satana”, the REPUGNANCIA 7″ (“Inminencia Del Fin”) and MORTEM’s “The Devil Speaks In Tongues”.”

Thanks for your time and here is some space to say what you want.
“Thanks for the space and well, try to listen to what we have released. This current year a split vinyl with GRAVE DESECRATION will be out through Dunkelheit. In hell.”