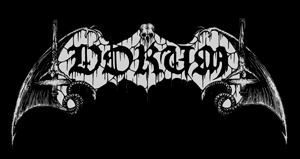 Finland has always been a very cool place for brutal Death Metal… and even though it is not as crowded when it comes to the number of bands playing this style of music, the overall quality is often way better than what gets created in their neighbor country Sweden. ABHORRENCE, early AMORPHIS, old SENTENCED, IMPALED NAZARENE, DEMIGOD, DEMILICH, FUNEBRE, PURTENANCE, ADRAMELECH… the list of killer acts from the land of the thousand lakes is endless… and VORUM is no exception to the rule! This young bunch from the south of Finland perfectly combines Death Metal brutality with the gloomy atmosphere of Black Metal and has just delivered “Poisoned Void”, a more than worthy follow-up to their “Grim Death Awaits” MCD from 2009, through Woodcut Records (Dark Descent Records in the US). Needless to say that we had to get some first-hand information from VORUM’s guitarist / vocalist Jonatan… Enjoy!

When talking about the true origin of VORUM, we probably have to travel back in time a little bit, to the year 2006 and a band named HAUDANKAIVAJA… The line-up of this band already consisted of Jonatan Johansson, Mikko Josefsson and Matti Jalava – the nucleus of what later evolved into VORUM. With HAUDANKAIVAJA you even recorded a 7-song CD-R in 2007 and a demo in 2008… So, please tell us a bit more about this band… Was HAUDANKAIVAJA your very first band ever? Did it differ musically from VORUM and when and why did you decide to change your name to VORUM exactly? 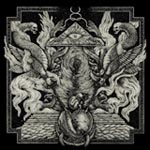 “We only recorded one demo, and that ended up at last as the “Grim Death Awaits” MCD which we released as VORUM. We were active in bands before and we changed our name because we had our aim set on something else than what HAUDANKAIVAJA was.”

Did you consider your HAUDANKAIVAJA days pretty much just as a learning period or why have you never recorded any demos again, after you changed your name to VORUM?
“We got the deal from Woodcut for full-lengths after the MCD so that’s what we’ve been focusing on, except from the 7″ we did with VASAELETH.”

I never really understood why you always speak of an EP when it comes to “Grim Death Awaits”… I mean, it has 8 songs on it, just like your new album “Poisoned Void”… Any reasons for that?
“It is 20 minutes in duration. Not exactly a long play(er).” (well, “Poisoned Void” only comes up with a playing time of 35 minutes, which isn’t much for a full length either – Frank) 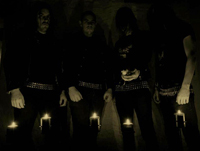 Where do you see the main differences / improvements, musically speaking, when you compare “Grim Death Awaits” and “Poisoned Void”? Please also tell us a bit more about the studio where you recorded both releases and which engineer understood your musical vision better from your point of view and why?
“I think they can be heard throughout the record. None of the songs from “Grim Death Awaits” would have fit on it, if you know what I mean. A lot can happen in four years. At the time of the first recording the studio in Helsinki with Panu felt right and we were satisfied. What goes for the “Poisoned Void” recording we don’t think we could have chosen a better place or engineer (Afshin Piran) to do this specific recording.”

It seems the line-up has changed a little bit, since “Grim Death Awaits” came out and VORUM is a four-piece act nowadays… So, please introduce the new member, John Finne, to us and what kind of musical background he brings to the table? You also switched instruments within the band, right? Why did you do that?
“We have known John forever and all of us have played, or are playing, in bands with him. It was natural to bring him into the band and we had been discussing it both with him and as a band for a long time. No, we didn’t.”

By the way, what made you shorten your names to initials only for the new album?
“We’ve come to think our given names are not of importance in VORUM, so we keep to initials. We do VORUM as one, not as four.”

Why did it take you so long to come up with a follow-up to “Grim Death Awaits”? I mean, the only musical sign of life from VORUM ever since your debut came out, was the track ‘Evil Seed’, that you contributed to the “Profane Limbs Of Ruinous Death” split EP with VASAELETH in 2010…
“First we allowed it to take time, and when it was finished a lot of obstacles and problems met us when we were trying to get it out.”

Tell us a bit more about that split EP… how did that actually come about? Were you approached by VASAELETH to share that split EP with them or was that a label’s idea? Where did you record your song and how come it got released through Negative Existence, instead of Woodcut Records, who released both, “Grim Death Awaits” and “Poisoned Void”? Did that cause you any trouble with Woodcut?
“We were contacted by Negative Existence about it, who in their turn put us in contact with VASAELETH and from there it was decided. We recorded it in our rehearsal place with the good help of our friend Julius, who also did the vocal – and lead-recordings on “Poisoned Void”, in the same place. No, we made an agreement with Woodcut about it and it all went as planned.”

The song ‘Evil Seed’ is also featured on your new album, “Poisoned Void”… So, what was the reason for you to record that again? Where you dissatisfied with the EP version or just lacking in enough new songs for a full length album?
“We felt it had its place on “Poisoned Void” and needed to be on the album.”

“Poisoned Void” came out on two different labels: Woodcut and Dark Descent Records… while Dark Descent released a jewel case version in the US, Woodcut put out a digipak in all other territories… Isn’t it difficult for a band to deal with two labels at the same time? And which format of the CD do you prefer: digipak or jewel case and why?
“We don’t have very much contact with Dark Descent Records, but they are doing a fine job from what we can see. So no, it hasn’t been a problem. We prefer vinyl. If we have to pick one way to package a CD, digipak it is.”

The artwork on “Poisoned Void” looks very cool to me and really fits the overall dark atmosphere of the album… From what I read it was created by a guy named Alexander L. Brown… Please tell us a bit more about this, like how you found out about him, what he has done besides VORUM and if he also created the great new VORUM band logo? How much input / ideas came from the band directly when it comes to the cover artwork?

“Alex did the artwork for the VASAELETH – split, so through that we were introduced to him and his work. He has done a lot, I’d recommend a visit to his portal: http://badnewsbrown.blogspot.com to check it out. Yes, he did the VORUM – logo as well. We sent him the recording along with the lyrics and basically he had free hands.”

When it comes to the musical and visual side of things, it seems to me that VORUM first and foremost should be labeled a Death Metal act, but with the dark atmosphere of Black Metal connected to it… would you agree to this? Which bands were most important to you, inspiration wise, when it comes to VORUM’s style of music? Did those influences change over the years or have new influences been added?
“I see what you mean. There are so many to name, but if we pick some our most important influences from when we started to now they would be MORBID ANGEL, NECROVORE, KAT, NIHILIST, MERCILESS, GENOCIDE / REPULSION, old MAYHEM, VENOM and a lot of violent Rock music like THE STOOGES, DEAD BOYS, GG ALLIN, DISCHARGE and more.”

What about VORUM’s live activities? Have you already played live very often? I read about a festival appearance in late 2011, where you shared the stage with big names like SODOM, SEPULTURA, CATHEDRAL, NIFELHEIM, EXHUMED, ENTOMBED and many more… Was that your biggest show so far? How did the crowd respond to your performance that day?
“Not nearly as much as we want to. Yes, besides from a gig we did at TUSKA in Helsinki last summer, it probably is. It was in broad daylight and not a lot of people.”

Ok, I guess this should be enough for now… If you would like to add something we might have forgotten, feel free to do so now… All the best!
“Thanks for the interview.”