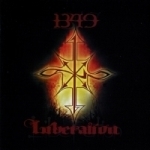 It is well established now that Norway redefined the concept of Black Metal at the beginning of the 90s, to the point this peculiar music style will forever remain associated with that country. But with the years passing by, we have witnessed more and more declination of the initial paradigm written by such legendary bands as MAYHEM and DARKTHRONE. Scandinavian folk music, ambient experimentations and even techno music tarnished the Metal foundations initially built by the elders (who succumbed themselves sometimes to this temptation). Black Metal has slowly become a vast carnival, the domain of pitiful buffoons more interested by proclaiming their so-called evilness instead of concentrating themselves on musical duties. The result was that Black Metal had lost its credibility and the scene slowly began to die. And the paradox was that the dark flame was kept burning by non-Norwegian bands like ENTHRONED, SETHERIAL and more recently TRIUMPHATOR, all of them maintaining the traditional sound devoid of keyboards, nice feminine choirs or Gothic influences. I am glad to announce you that the first 1349 full length marks no less than the rebirth of the traditional Norwegian Black Metal. I am not afraid to say publicly here that “Liberation” is right now a classic album, a declaration of war against the falsities wrongly labeled as Black Metal that we have to endure in the past. In “Liberation” you will find all the elements contributing to produce pure Black Metal: frantic and ferocious drumming (courtesy of the mighty Frost, yes, the maniac from SATYRICON), aggressive and raw guitar playing put in service of a cold as ice dementia underlined by possessed shrieks of anger and hate. Even the cover version of the MAYHEM classic ‘Buried By Time And Dust’ sounds deadlier than the original, especially considering the pacing is accelerated twice, that is beyond human abilities (so maybe Frost is a true demon in human guise after all, or else he played a nasty studio trick on us!). Don’t miss the chance to buy “Liberation” as soon it will be out, I can guarantee you will not regret it! An awesome release which deserves 100 times the hype surrounding it. This is a new hope for Black Metal and the kind of music you love or hate with equal passion. Not for the weak, and an exhilarating liberation of the mind indeed.