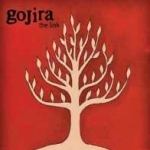 Grooahhyeahh. Shit, these guys come with a huge broom and wipe the dust from my poor little ears which many booooooring Death Metal acts left there during the past two years. Originally released in 2003 by Gabriel Editions only in France Listenable remastered “The Link” and brought it to the European market. If I had not bought this CD 2 years ago I would have kissed Listenable for that, but now YOU have the chance to get a piece of this high-quality and fucking talented Death-machine. The band originally formed in 1996 under the name GODZILLA and later changed the monicker into its japanese translation. Being a huge Godzilla fan (the Asian one) the name immediately caught my attention. So I got a friend to buy the CD first which is not a bad thing to do and was completely blown away by its creativity and potential. “The Link” starts with Digeridoos, MORBID ANGEL like slimy swamp riffs, gripping grooves with a slight MESHUGGAH touch, cool melodies, great old school Death Metal vocals with a deep Hardcore touch all bathed in a smooth production. The whole music sounds very light and easy, as if it wasn’t a problem at all to write stuff like that. GOJIRA is pretty much of a in-between-band. The opener ‘The Link’ comes really easy and aggressive at the same time, ‘Death Of Me’ is very strange and beautiful, ‘Indians’ is very much of a Deathgroove dance song and with ‘Embrace The World’ they just tear your washed out DEICIDE-shirt from your body and cover you with hot wax with Madonna and William Dafoe kicking your ass with diamond-decorated high-heels. This is just amazing! And it even gets better to the end of the whole album! 11 songs to forget everything around. You simply have to hear it by yourself. The last time I enjoyed a totally original band like that was when GORGUTS released their masterpiece “Obscura” – you just think you have found a long time buried treasure and nobody knows because you just want to keep it by yourself and tell nobody, hihi. “The Link” comes with a bonus DVD with excerpts from the new released “The Link Alive” DVD. Check out their homepage to get a look on a clip from that DVD. GOJIRA seems to be really big in France and I do not see any reason why they should become huge elsewhere as well. Go for original stuff! www.gojira-music.com, www.listenable.net.