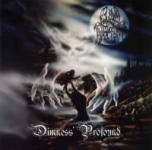 This CD was released in the first place on Pagan Records from Poland but has now been re-issued by British Golden Lake. I doubt that this was necessary. LUNA AD NOCTUM are another band performing what I’d like to call Neo Black Metal, but what probably other would call Symphonic Black Metal. From the intro on I feel reminded of TARTAROS and LIMBONIC ART, some reminiscences are also clearly from EMPEROR or DIMMU BORGIR during their "Enthrone Darkness…" – times. While the ingredients therefore at least in three out of four cases seem to be promising, the result is bringing someone down to earth again rapidly. Everything has been heard before, performed far better – this is completely faceless music. And when the label then has the courage to bring up comparisons to the probably best symphonic Black Metal-album ever released, namely "Anthems To The Welkin’…", this expedition of LUNA AD NOCTUM can only fail. If this is as breathtaking as that album, then the latest BATHORY-outputs are probably milestones of innovation. A new pair of ears for the label-runners, a monthly injected dose of identity for the band and a new triggersound for the studio, please… And, before I forget, unlike the case my CD-player shows me only eight (instead of nine songs) and a decent videoclip of "The Last Coldest Sunset" is on the CD as well… www.goldenlakeprods.co.uk