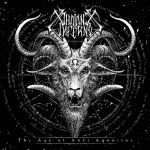 The so-called Age of Aquarius refers to an astrological age and is often used within an esoteric context. As Wikipedia informs, in 1967 a wider audience was introduced to this concept by the musical “Hair”, accordingly the music festival commonly known as Woodstock was billed as “An Aquarian Exposition”. And now, PHALANX INFERNO from the USA are proclaiming the “Age Of Anti-Aquarius”. Whatever this means, I did not really understand the concept. The age of Aquarius is often connected with flower power, peace & love and the hippie movement in general and possibly PHALANX INFERNO are focusing on the opposite. But maybe that is not that important either, you should not take everything too seriously. What instead impressed me is the clear, powerful sound. Well-balanced with an audible bass guitar, deep grunted but accentuated vocals, forceful and dynamic drums plus some very fine Death Metal riffs. Especially those kind of guitar work of mid ’80s Death Metal bands, when Death Metal was evolving from the roots of Thrash Metal. But that is not all, the song ‘Renewed Ultra-Violence’ has a huge drift towards Black Metal, especially the works of DARKTHRONE during the early ’90s came to my mind, when they left the Death Metal path and turned towards Black Metal. The last track on this debut EP is a cover tune of ‘Jewel Throne’ by CELTIC FROST. At first I thought it was played a bit faster, but the song clicks exactly at 4:06min like the original. All in all “The Age Of Anti-Aquarius” is a promising debut making me curiously waiting for the first full-length. For all further info visit the band or label at: www.facebook.com/phalanxinferno, www.godzovwar.com.