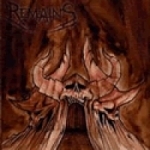 Another promising band from the Netherlands reached me a short time ago. This demo CD was already released in February 2007 and strangely enough is not that well-known in the scene as far as I know. Strangely enough because the 4 songs on it are pretty good and above the average. It’s Death Metal here, what else, with a certain DEATH (“Leprosy” – period) or PESTILENCE (“Testimony Of The Ancients” – period) or older GOREFEST flavour especially when talking about the guitars and the awesome guitar solos. It’s old school Death Metal what you get here, presented in a very good and very natural sound though the singer sounds not really old school here, as his kind of guttural vocals are a bit more the Death / Grind / Gore – vein. Probably this is making the difference here. Usually I’m not so much into these kinds of vocals, though here I think the vocals couldn’t be any better. A very interesting start of these Dutch newcomers and I have to say that I eagerly await their next output which hopefully won’t be too long off. The Dutch Death Metal scene always offered quality through the years and REMAINS are no difference here. Well done! Check ’em out at www.myspace.com/metalremains.