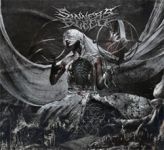 The Berlin based SINNERS BLEED, named like a famous ENTOMBED song, is already around for more than twenty years. Yet, their new album “Absolution” is only their fourth release ever and the first for a period of sixteen (!) years. It took the five piece this long to record a follow-up to their pretty much acclaimed debut album “From Womb To Tomb”. In the meantime, SINNERS BLEED were more or less on a hiatus for a few years. But now they are back with an album that appeals especially to lovers of technically elaborate Death Metal without blinders. From the first notes of the opener ‘Age Of The Crow’, the band takes no prisoners. Extremely variable, yet brutal guitars, played by absolute whizzes, are combined with a drummer that knows how to place a damn lot of breaks in the right places and perfectly fitting guttural vocals. The base of the songs are fast crunching riffs, but the speed gets delayed very often, just to return in an even higher intensity. Every now and then, SINNERS BLEED sprinkles a Thrash riff into their sound or a short musical bullet train that reminds of MISERY INDEX at their best. Any time I listen to “Absolution”, I discover new details. Yet all this complexity and variety are not meant as an end in itself, but always serve the song and its flow. I never had the feeling that SINNERS BLEED are just doing a jigsaw of riffs and breaks like SUFFOCATION, for example. Instead, I feel reminded of NECROPHAGIST or a brutal version of the later DEATH recordings. And composing and playing songs like this is an art of its own. I can only take my hat off to SINNERS BLEED and advice any aficionado of elaborate Death Metal to check “Absolution” out. Visit www.facebook.com/sinnersbleedband or www.war-anthem.de

SINNERS BLEED - From Womb To Tomb - by Frank Stöver