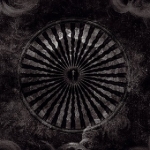 It’s really a pity that Sweden’s TEHOM are still so unknown in the Death and Black Metal underground… To me they are without a doubt one of the best discoveries in quite some time, even though it also took me several years to find out about their existence. One day I got informed that there’s a song entitled ‘Voices From The Darkside’ available on YouTube, which I immediately had to check out of course. Despite its extremely cool title, I really liked what I heard A LOT! So, I did a little research and contacted the band for a possible review copy of their one and only full length "The Merciless Light" (on which the song in question is featured). Luckily they agreed to my request and ever since I received the album, I’m playing it on heavy rotation now! Musically TEHOM do not sound like a typical Swedish Death or Black Metal band at all. It’s actually pretty much a melting pot of various influences, namely old school Thrash, Black and Death Metal, while the Death Metal part definitely dominates their songwriting. When it comes to the straight ahead speed outbursts you often feel reminded of early MORBID ANGEL (stuff like ‘Hellspawn’ or ‘Blasphemy’ for example) and also some of the breaks and slower rhythms have a similar feel as the Florida bunch. From the album opener ‘Absorbed Into The Will Of The Great Destroyer’ (with its spoken intro) until the very last note of ‘Voices From The Darkside’ there’s always something going on in the songwriting which makes the album very exciting as a whole. TEHOM aren’t playing technical music, it just never gets boring. It’s always very brutal, highly aggressive and still maintains a very dark atmosphere, partly close to Black Metal territories, with some Thrash influences thrown in for good measure as well. ‘Faith From Water’ surprises with a classical sounding female choir in the background and ‘Tehom Incantation’ is not even a real song, but more like an incantation (with its 3:39 minutes playing time probably a bit too long though). And on top of all that there’s the vocals, which just drive me insane! They are so fuckin’ awesome, that it’s a real pleasure to listen to them. They are raspy, raw and always very brutal and probably closer to someone like Pete Helmkamp (ORDER FROM CHAOS, ANGELCORPSE) than to the regular and wellknown grunting or shrieking styles. But overall definitely more appealing to brutal Death Metal fans, I’d say. So, in an way, fans of ANGELCORPSE might get a kick out of TEHOM as well, even though both bands just seem to share similar influences and don’t really sound alike. Before we come to an end here, I’d like to give you some general background info about TEHOM as well. The "band" was founded in 2010 and only consists of two members: Fredrik Helgesson plays all instruments. He used to be in BESTIAL MOCKERY, GRIEF OF EMERALD and OBLIGATORISK TORTYR. Vocalist "Master Of The Watery Depths" (who also gets a mention as "John Of The Temple" in the CD booklet) is probably better known to friends and family as Johan Sahlin. He also used to be in BESTIAL MOCKERY (as "Master Motorsåg"), but also in SADISTIC GRIMNESS, ENSNARED, SEKHMET, NECROCULT and a whole bunch of other acts. The TEHOM album "The Merciless Light" came out in 2017 via Blood Harvest Records on CD and vinyl (limited to 500 copies each) and a demo with four songs on it (also entitled "The Merciless Light") got released prior to the album in 2011. All demo songs made it on the album in new versions. The packaging of the CD is rather unusual as well: no songtitles on the back and no logo on the front. You’ll find all that inside the booklet. The lyrics are included as well and also some background info about them (in case you’d like to dive deeper into them). So, now it’s up to you. Check TEHOM out if you can and give them the well deserved support! The entire album is still available for free streaming at the label’s Bandcamp site and all further information you may find at www.facebook.com/tehom358. For ordering and availability information check out www.bloodharvest.se.