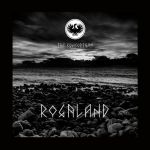 THE KONSORTIUM is a rather unusual name for a Metal band, since it sounds pretty technical and hints to an economic organization. My first thought was Nu Metal. But luckily the band is traveling the paths of Black Metal. “Rogaland” is not only the title of the second album by the Norwegian based outfit which brings together well-known names of the local scene like Dirge Rep (ORCUSTUS, ex – ENSLAVED and live activities for GEHENNA, GORGOROTH and some more) and Teloch (amongst others MAYHEM). Rogaland is a province in the southwest of Norway, the capital is Stavanger, the band’s hometown. Maybe some kind of homage, but I was lacking of motivation to investigate that aspect (more on this later). A surprise bag, I guess that is the best way to describe the music. Of course within the realms of Black Metal, but at every moment the band is changing the style, making the songs worthwhile and interesting. From the early days of Black Metal with a more Rock’n’Roll like attitude over the Thrash Metal era up to more experimental influences like the later works of SATYIRICON and ENSLAVED. Ohh, and not to forget the Viking / Norse inspired parts. To sum it up: THE KONSORTIUM are presenting a blend of almost every style of Black Metal, from the very beginning until nowadays. Good work, but there is one special aspect that makes “Rogaland” to one of the most annoying and pestiferous pieces of music I have been listening to for a long time. Maybe something during the recording process went wrong or it is some kind of concept, but I do not care. There are just too many and too long interruptions between the song. A small pause is all right, but not this overkill. Call me a nitpicker, but at the end of every song there is a pause of an average of 40 seconds, destroying the flow of liestening. I have been listening to this album several times each day during the last week and I simply could not enjoy it. Who still is not gone may visit www.facebook.com/thekonsortium, www.agoniarecords.com