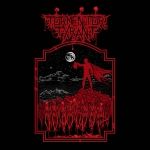 There’s something about Finland that breeds the best Metal bands. You just know that when you crank up the volume to listen to a Black or Death album, the Finnish will always always always satisfy. Always. TORMENTOR TYRANT, featuring members who have played with such bands as CORPSESSED and SOLOTHUS, know their shit. The self-titled EP (their first) had me repeating in my head as I listened to each track, “Please don’t fuck this up. Please don’t fuck this up.” Because, you know, bands do that sometimes. You’re listening to an album for the first time which really really kicks ass. But then somewhere in the middle the band does something stupid like throws unecessary samples into it, or has some dumb spoken word bullshit, or something. But thankfully, TORMENTOR TYRANT consistently throttles the senses from beginning to end without a single misstep. From the first few seconds, the band firmly claims their territory in ‘Tormentor Tyrant’ (they must really like their band name). The drums are loud as fuck, the guitars are massive bits of hell-driven riffs. The vocals are throaty, raspy and fucking monstrous. ‘Eternal Torment’ is a demolishing track with a breakdown to bring the fucking walls down. The third track ‘Prime Evil’ is Satan’s gift to us all… a breathtaking, exhaustive beast. Did I mention how much the drums rule? ‘All-Seeing Eye’ is yet another blistering track that never ever lets up. ‘Galaxy-Wide Terror’ is simply pounding. It’s honestly difficult to describe this track by track as, though they all have their own tune, they also all have the same gut-ripping effect. Every single second of every single minute of this 17-minute EP is pure fucking devestation. Every… fucking… second. For more info, check out www.facebook.com/tormentortyrant, www.facebook.com/everlastingspew