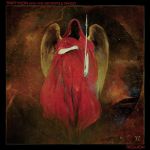 Back in 1986, at the age of 22, a young Tom Gabriel Fisher (better known as Tom G. Warrior) wrote the first part of what was supposed to become a three-part Requiem. The first part of it, ‘Rex Irae (Requiem)’, ended up on the 1987 CELTIC FROST album “Into The Pandemonium” one year later and the original plan was to finish parts 2 and 3 after the tour in support of the album and to release them all together as an EP. But due to heavy conflicts with their old label at the time this unfortunately never turned into reality. Fast forward to 2001: after Tom and Martin Eric Ain (RIP) had resurrected CELTIC FROST, Tom immediately started working on Requiem part 3 which then ended up on their 2006 album “Monotheist” under the title of ‘Winter (Requiem, Chapter Three: Finale)’. But whatever happened to the missing part 2? Well, in 2018, when CELTIC FROST was already history again and Tom was active with his new band TRIPTYKON, he was contacted by Walter Hoeijmakers, founder of the Dutch Roadburn Festival, who proposed that the complete Requiem could be performed at his festival. That finally lead to the missing piece of the puzzle, ‘Grave Eternal (Requiem, Chapter Two: Transition)’. This final part alone is about half an hour long and the whole perfomance can now also be experienced on CD / DVD by all those who weren’t able to attend the 2019 edition of the Roadburn Festival, where the complete Requiem not only had its live premiere, but its premiere in general. The members of TRIPTYKON were joined by the Dutch Metropole Orkest for this event and the result is just breathtaking and constantly sends shivers down my spine! As much as I originally disliked the direction that CELTIC FROST were taking musically on the “Into The Pandemonium” album back then (blame it on the youth of a narrowminded Thrash Metal kid), as much I started to get used to it over the years. And nowadays I even love the whole piece of art immensely! Unfortunately original vocalist Claudia-Maria Mokri, who was responsible for the operatic female vocals back then, isn’t part of this live performance, but her replacement, the Tunisia based Safa Heraghi, definitely delivers a fantastic version of her own. Her beautiful unique voice maybe even works a little bit better in the parts that she shares with Tom. Both of them just compliment each other much better. The overall orchestration of the material is very majestic and often recalls classic movie soundtracks, especially in the middle part of ‘Grave Eternal’, which at first is a bit hard to swollow, especially as part of a live performance. On the other hand you will also hear a massive PINK FLOYD influence in that song. The solo of guitarist V. Santura, in combination with the female choir in the background, totally recalls ‘The Great Gig In The Sky’ from PINK FLOYD’s 1973 masterpiece “Dark Side Of The Moon”. Very emotional, very moody… just brilliant! So, I guess all those of you, who were lucky enough to experience this performance in the Netherlands back then, will most certainly have come to the same conclusion: this is the perfect way to combine Classical music with Metal, unlike many other artists in our beloved musical genre, who failed in that attempt just miserably! This CD / DVD package features the entire Roadburn performance in perfect audio and video quality and the digibook comes with a massive booklet full of pictures and information. Highly recommended! For more info visit www.facebook.com/triptykonofficial or www.centurymedia.com