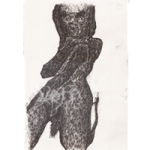 Wo-hoo… this album really took me by much of surprise. My first impression about this Brit act was, VOIVOD goes Black Metal, sort of. This is a very disturbed, mixed pack of what I call a true form of musical art: Industrial-tinged Black Metal with some Thrash influences dropped in – and all this being wrapped up with some avant gard-ish touch to boot the album on a whole new, exciting yet somehow so bizarre level even. Interesting yet tempting? You bet this stuff is. The band released their debut album ("Posthuman") in 2003, so there’s 8 years gap between this follow-up album of theirs and their debut. Don’t know the story why it took so many years to get their 2nd outing out, but I think it’s better to not waste our time to ponder the actual ground reasons for it. Let’s rather concentrate on the band’s 2nd work, as that’s where our (or mine to be more precise) focus should be in the very first place, right? As said in my – hopefully descriptive enough insert already, what makes VOID’s Industrial / Post-Black Metal so captivating, it’s constantly on the move in one way or the other, sort of bursting out toward many directions at one time – still managing to sound like everything on this record would be tightly controlled – and first and foremost, done with a good taste without being way too over-the-top. What I find pretty rare on the type of albums VOID’s new album also represents, is the kind of unprejudiced attitude and determination the guys obviously have, to take fully command on this record (without fearing any outsiders’ opinions, or pressures) and let their creative juices flow freely, and sort of hoping for best. Risks they have taken, have beautifully paid off for them as far as the album’s wild sounding material is concerned. VOID have had lots of sharp pairs of ears to make all this very unorthodox and experimental stuff work for the best interest of this record; like working out like a true role model for anyone who has an intention to differ from the grey, big mass of Metal bands by taking things a little bit further out of the known and safe box. This is exactly where VOID have done superior work – just being this unrelenting and fearless itself only, pushing the envelope just a little bit more open-minded way, and resulting in one hell of an admirable result. I can especially see the fans of DØDHEIMSGARD, THORNS, VED BUENS ENDE and later era EMPEROR taking this album with a great enjoyment.  I guess it also should be mentioned that Ben Lowe who did outstanding vocals for this album, took his own life in January 2011, R.I.P. www.myspace.com/posthumansynthetics, www.duplicate-records.com