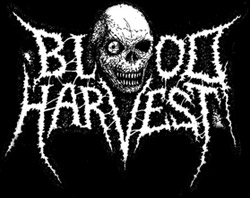 Blood Harvest is probably the most important underground Death Metal label around if you ask me. Honestly spoken I can’t think of any mediocre release from them. The fact that they release many 7"EPs makes me feel like in the early nineties and reading what Rodrigo, owner of Blood Harvest, has planned as next releases will make this feeling stay for even longer. Interviews with labels are not really that common and although the questions in this interview are kinda outdated I still think it is an interesting read for all fans of oldschool Death Metal. Support this rising label!


Hi Rodrigo, how are you? Anything important to say to start this interview?
"All is good here, a bit stressed as usual… haha… Not much to say really, by now I guess you already know I suck at doing interviews, having to wait for my lazy ass to get these responses over to you."

Let me ask you how old you are and since when you are involved in the Death Metal underground and finally working in the Metal business?
"I’m 35 and I got into Metal and Punk around 1986. Started my first band with some friends about the same time. We were totally into BATHORY, CELTIC FROST and the likes. I was never really too active in the scene. Somewhere around 1994 I grew tired of the Metal scene… Most bands I used to like sucked by then anyway… There were still some great underground bands and labels, but by then I had drifted more into the Punk/HC side of things. I still bought a lot of Metal records, but that was about it. A few years ago, I came across the NECROVATION "Ovations To Putrefaction" demo and it rekindled my love for the undergound Death Metal scene. All of a sudden there were a lot of younger new bands with a great spirit… and that’s when I decided to start Blood Harvest." 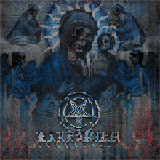 I’m sure your label is a huge hobby from you? Time consuming but very interesting. But how do you spend your regular days and what are you doing for a living?
"Well, Blood Harvest does really take up a lot of my time, way more than a hobby. I don’t have a regular job, although I probably should get one… I have saved up some money from years of touring, writing and playing music. From time to time I work, building stages, loading backline, warehouse jobs and so on."

How many hours do you spent a day for your label? Do you run it alone?
"I do everything alone. It probably takes up more than the regular dayjob would do."

At which time did you think about starting a label and what was the reason for it? Please tell about the start of Blood Harvest Records!
"As I mentioned earlier, the NECROVATION demo was really the turning point for me. I was doing a small Punk / Hardcore / Grindcore vinyl label, Putrid Filth, for a few years and had been thinking of doing some Death Metal stuff for a while…" 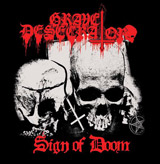 Blood Harvest follows the tradition of cult labels such as Thrash Records, Seraphic Decay, Corpsegrinder Records or Relapse Records in their early days with releasing 7"EPs. Did you feel that the scene needed a label like yours and how do you see your position in the Metal scene?
"I really enjoyed a lot of the early 7 inch releases from those labels. Of course this was a bit of an influence when I started up. I’m sure there are some people out there who might think the world really didn’t need yet another underground label, after all there is already a lot of labels and distros out there, so I guess I was only hoping enough people would share my taste of Death Metal."

Who’s responsible for your cool logo?
"My Blood Harvest logo was drawn by Marco of the band EMBALMING THEATRE / Darken Art (www.darkenart.ch)."

Up to now you only released vinyl, which I think is awesome. Still I wonder if you have plans to release CDs in the future, too?
"The original idea was to only release vinyl, but my first CD release was at the press when you sent me this interview and it’s been out for a while now… It was the NECROVATION "Breed Deadness Blood" full length. I decided to release some CDs to help with promotion for the bands and releases. Sending out 12" vinyls as promos is way too expensive. I will be doing some CDs in the future, but my main interest is and will always be vinyl." 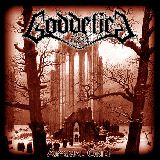 Most of your releases are strictly limited (correct me if I’m wrong), the 7"EPs to 500 pieces and I’m not sure about the LPs. Don’t you think it’s from time to time a pity that certain releases are not available any longer?
"I have actually re-pressed some releases, like the NECROVATION "Chants Of Grim Death" EP. Both me and the band wanted to do a re-press. I’m not against re-pressing some of my sold out titles, but to be honest, unless the bands work more actively with live shows and so on it’s kind of hard to move too many copies. I will probably re-press some other EP titles as well, if both me and the bands are up for it…"

Because of the limitations it’s probably quite difficult to talk about success, but what would you consider as your most successful release?
"I can’t really messure the releases in "success". So far no release has been hard to trade or sell. All the stuff has done well. Of course some bands are more known, hyped or simply just more popular than others…"

What is your personal favourite among your releases?
"Too many to pick just one, but my first release, the NECROVATION 7", will always be special to me." 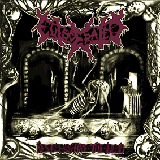 Please tell me your opinion about an online fanzine like Voices From The Darkside and what do you think about the small group of maniacs who are still releasing printed fanzines?
"Too be honest, I have very little time to read nowadays, something I wish I could do more. Working infront of the computer as much as I do, I try to avoid spending my spare time there as well. I guess that’s why I don’t really visit too many web-based fanzines. Now and then I like checking out a few web-zines, but in general I think I still prefer the printed ones. Although a lot of the printed once are quite outdated once they hit the streets….Sometimes I wish people whould just keep them shorter and get them out more often…but after all it’s fanzines, not a dayjob that pays the rent."

How do you promote your releases and how do you usually get in touch with the magazines?
"As I mentioned earlier, sending out vinyl promos is really expensive, so I can’t really send out too many promos. I try to post some news on a few interesting forums and so on. I also do flyers from time to time… somthing I should actually do more."

Blood Harvest releases have this special oldschool flair. What are the criteria for you to release something with a band?
"The main criteria is that I like it whether or not anyone else does." 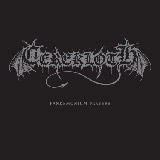 Still most of your releases are with Swedish bands. How do you judge whether a band has to be from Sweden or can be from anywhere else (like NECROCCULTUS, BLASPHERIAN or DENIAL)?
"I enjoy working with Swedish bands since I want to support the ‘local’ scene. But I don’t really care where a band is from as long as I like it."

Currently you have a great oldschool scene in Sweden, with such names as NOMINON and newcomers as LETHAL, NECROVATION, CORRUPT or INVIDIOUS (just to name the Blood Harvest bands). What’s your opinion about this current wave or call it even trend in the scene to play oldschool Metal?
"I’m not a big fan of trends or hypes, but I must admit that I prefer if there’s tons of oldschool Metal bands, be it Thrash, Death, Black or even Heavy Metal instead of tons of crappy ‘modern’ Metal bands… But like with every trend, for every good band around, there’s going to be 20 really bad ones…"

One of your next releases is the first time ever vinyl release of GOD MACABRE’s "The Winterlong". What does this mean to you?
"To get to do the GOD MACABRE LP was simply an honour for me. The guys were so easy to work with, too. No stress, no hassle. This also brought some attention to the label from a lot of people out there, who finally got the GOD MACABRE album on vinyl, and might otherwise not have heard of Blood Harvest before." 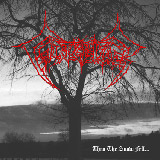 Are there some bands / releases you would like to have on your label?
"Ahhh, well… there’s always some vinyl releases I wish were on Blood Harvest, but as long as I can get my hands on a personal copy through a trade or just buying it, I’m happy. There’s a few CDs and demos I wish I could do on vinyl, but there’s just not enough hours in a day or days in a week… or even enough cash to do it all…"

I’m a huge fan of the CDs with old demostuff on it like the ones with GOREMENT, FATAL, CRYPT OF KERBEROS or DERKETA. Would you be interested in releasing the old shit from bands as CREMATORY, NIRVANA 2002, MACRODEX, ABHOTH, UTUMNO, HOUSE OF USHER… if you’d have the possibility to? A release like CAUTERIZER’s "Then The Snow Fell…" 7"EP looks like you are interested!
"Well, I will be doing the GOREMENT discography DoLP, once I have the files from Morbid Wrath Records. I have been in contact with people from MACRODEX and HOUSE OF USHER, but things are moving slow and nothing’s really decided yet. I’d really like to do a CREMATORY discography vinyl!!! And, I have been nagging Jonas a bit about the possibility of doing an UTUMNO discography LP… we’ll see if I can talk him into it… hahaha." (yes, yes, yessssssss – Frank)

Wonder if you know any news about VERMINOUS? Are they still alive?
"Nope, no news on that front…" 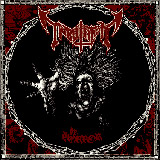 Do you think you can keep the bands on your label? Or are there arrangements that you take care for the vinyl version and the other label for the CD-release (like Iron Pegasus Records handle it with DESASTER / Metal Blade Records)?
"I guess time will show. Hopefully the label can grow and evolve along with the bands. With the time I put into the label, I wouldn’t mind if it could pay the rent."

Blood Harvest Records were also treated well in the radioshow Darkness Descends on www.solarfall.com. This is quite unique as your releases include mostly new stuff and this show almost exclusively deals with stuff older than 1994. What do you think about this and about the show at all?
"I haven’t checked out Ola’s show for a while, but I have listened to it many times while working in front of the computer or packaging record orders and so on. A really cool show."