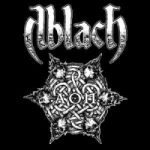 What a surprise! Dark and evil; that’s the way Death Metal should be, and that is exactly how ABLACH play it. This album came to me out of nowhere, and thank goodness it did, for it is every bit the praise-worthy debut the VASAELETH demo was. I can draw comparisons between ABLACH and countless other Death Metal bands, but that would do little to explain why they’re so good. Instead, it would be better suited to the band and their album to liken their music to bands who may not play their particular style of Metal, but who nevertheless evoke the same feelings. For example, there’s a deep, pulsating anger to this album, not unlike the unintelligible snarling of PROFANATICA (naturally I mean “unintelligible” in the most complimentary of senses). There’s the pummeling double-beats of MASTER underlaid with the Hardcore / Crust punk riffs that IMPETIGO mastered. An awful lot of talent lurks here. www.myspace.com/ablach