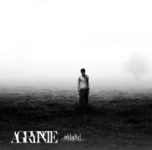 A strong, but lengthy, intro deceptively pitches the album as an enjoyable listen. Perhaps it is to a minority of Metal fans out there, but for the rest of us, excessive breakdowns will remain distasteful. While this record has a discordant amount of breakdown, there is a strong second wave Black Metal influence that announces itself periodically, and it is for those precious moments that one may be persuaded to listen. If that fails to serve as an appealing redemptive factor, then there’s little to enjoy. It’s not that the band can’t play – obviously, they’re trained well. Nor is it necessarily their songwriting, which has quite a few bright spots. The real problem is the arranging and the breakdown riffs, which make it hard to distinguish when one song ends and when another begins. For all further info go to: www.agrypnie.de, www.myspace.com/agrypnieband