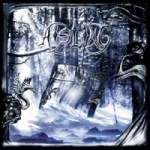 I decided on reviewing this album just because of the band’s name, AISLING (pronounced: Ashleen), a celtic female name closely related to mysticism I came across a lot when I stayed in Ireland a couple of years ago. According to the info sheet it means ‘oniric (dream-) vision’. So I expected to hear some Pagan Black Metal, probably with a hint of irish or some other sort of celtic influences. But these guys are from Trieste, Italy! How come? Well, their town was founded by a celtic tribe. And indeed, what we get is Pagan Metal with strong folk elements I wouldn’t necessarily consider to be celtic, but I’m just an interested amateur, not an expert. Some of the folk parts are quite good and one can sense that the band put a lot of work and spirit into this, but the Black Metal elements are rather boring. Either this gets a lot better or the band entirely concentrates on the folk elements and recruits their skilled guest musicians. www.infinito.it/utenti/aisling