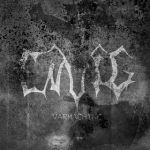 ENVIG from Lidköping / Sweden formed 2015 and released their demo “Warmachine” the same year. And now two years later and nearly two days of no sleep and full of from hunger provoked aggression, I got to listen to their first and only record. I feel like I am in the the right condition to listen, read and write about Swedish Death Metal. And since I try to keep my already racing heart running with more and more coffee, ENVIG seem to know how to please my heart with even more erratic dirt and violence. The whole thing reminds me a lot of early RAVENS CREED. Very simple, heavy, tight and Punkrock as fuck. Mixed with some shredded melodies into a typical example for Swedish Death how it was and always will be recognized around the world. As well as the lyrical works. Death, murder, and everything in between. ENVIG doesn’t focus on the rebirth of Death Metal but they perform their music with a lot of dedication and talent. The sound is like a demo usually sounds, a bit too thin. But it’s played well so you get the whole idea. ENVIG is aggression and fun. Due to the sound it’s more Punk than brutal and clean Death Metal but that’s totally ok with me. “Warmachine” is worth drinking a coffee to: www.facebook.com/envig-855432464523168, www.cryptorium.se