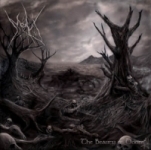 As I write this, this band, this entity already has been going for more than 6 years… and due to the immense storm of bands releasing material, this one will surely pass by to the casual Metal fan. I might also remind you that this entity from Germany has already released 5 longplayers, so newcomers they are not. MALUS is surely to be connected with “evil” as that can be a description of the name. Yes, it is a Black Metal band, a traditional one if you ask me. The influence of the band will go directly to early EMPEROR and some DARKTHRONE although recorded and produced with a lot more quality than the aforementioned bands. I must also mention the fact that this is a one man band, and first I thought that the drums are programmed, but no, in fact the one and only member here is basically a drummer, so this time we face a very talented multi instrumentalist, who also showcases an ability to create some very well played instrumental and atmospheric passages in keyboards that sound more like an orchestra than just cheap keyboards, and that do really create a mood like in ‘Hypnagogia’. Speaking of the vocals, most of the time they are used in almost the same way, and that kinda makes them to end sounding like every other Black Metal vocalist. At least they tried a bit of variation like in ‘Moribund’ which at times sounds like Attila from the “De Mysteriis Dom Sathanas” era. The tempo is usually fast, but they are wise enough to keep good variation not only between songs but also in the songs themselves. I appreciate the fact that the guitars are kept heavy and upfront, as some of the riffs are quite simple but direct, and possess a distinctive sound more akin to occult Death Metal than just Black Metal. On a song like ‘Earth’s Malady’ I can hear some atmospheres and overall sound very similar to that of early AUTOPSY although MALUS plays it into their own brand of Black Metal nightmare. Slowly, this album starts to get better with each listen. The album ends with an epic 10 minutes ‘Paradox Way To Paradise’, which is the one song which probably possess the most keyboards and at times, it reminds of DIMMU BORGIR, but only in style of using them in a more “dramatic” mood with a fast paced riff. At the end we have a quality Black Metal release, while not outstanding, strong enough to give it a listen, it might as well be a wise purchase for those longing for traditional evil metal with style. www.naturesrevenge.de, www.immensestorms.de