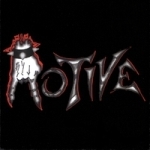 MOTIVE, for those of you unacquainted with them, are a Thrash / Heavy Metal band fronted by Steve Buschart, previously of TRAVAIL. They’ve released a steady stream of material since 2001, a noteworthy considering that particular style wasn’t exactly in vogue. Their EP begins with a NWOBHM inspired lick, and pound into Buschart’s vocals, a tough, clearly discernable voice somewhat reminiscent of SAVATAGE on “Handful Of Rain” only much tougher, and occaisionally raspy. Though MOTIVE are far and away a thrashing band, they’re very well schooled in other areas. The second track, ‘Catastrophic Something’, has a fair share of riffs that could fit in a Black or Death Metal song. Following that is ‘Substance Abuse’, which only further showcases MOTIVE’s diverse Metal pallete by employing furious growling, a tender guitar solo opening the song, frenetic soloing, and pounding bass drums. An eclectic band, to say the least, and a good one too. Fans of TRAVAIL rejoice. www.myspace.com/motivemetal1