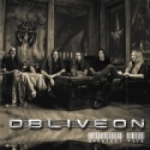 Hell, why have most of the most genious / ground breaking / off the wall Metal acts been largely ignored over the years? May it be ATHEIST, NASTY SAVAGE, INSANITY, BEYOND (Canada), CYNIC or Canada’s OBLIVEON, they all suffered from the same fate, massive ignorance and indifferance towards their unusual approach. Canada has also always been the purveyor of alot of excellent (geniuses I should say) acts in all catagories of Metal and when it came to Thrash, along with SACRIFICE, Quebec based OBLIVEON were way ahead of the competition with their totally unmistakable sound. While they had started as a great Thrash act (blowing away already the likes of AGRESSION, SOOTHSAYER, CREMAINS, ALAZIF, YOG SOTHOTH) with material reminiscent of SLAYER, DESTRUCTION or WHIPLASH as OBLIVION (not be be confused with the NJ Thrash act from mid ’85 who released two demos as well) back in ’87, released two excellent demo tapes, they rapidly evolved (after some line up changes plus a small spelling name change) into a totally original act, produced two totally mind blowing off the wall yet catchy and superbely written albums, "From This Day Forward" and "Nemesis", the latest being certainly the highlight in their career, followed in ’95 by "Cybervoid", an album which already showed a certain sound change, integrating modern riffs while still retaining a good dose of catchy elements ("Perihelion" being a great example). Unfortunately their next and last album "Carnivore Mothermouth" was an awful NU Metal affair which simply ruined all their credbility at least in Europe and as a result didn’t help them to make it big either. How bands which started in a given style can change so much for the worse (i.e. FORBIDDEN, SLAYER, OBLIVEON, DARK ANGEL, KREATOR) remains a mystery to me… call it progression, I call it bullshit and a betrayal! Anyway this CD features numbers from those four albums, I just wish that the first two releases would have been given a bigger place because those were the real OBLIVEON. This said this CD is definitively a great one to have even if you already own the albums because it also features as MP3 the OBLIVION demos, one unrealised song and the OZZY cover ‘Suicide Solution’ or to discover what this once godly underated band was all about (just press the button when tracks from "Carnivore…" come in!). Here’s how the story of another groundbreaking Canadian band ends, sad, very sad… at least guitarist Pierre Remillard has made a name for himself as producer for ANVIL, KRISIUN etc etc.. Website: www.gwnrecords.com E-mail: general@gwnrecords.com