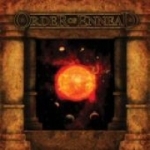 Steve Asheim’s percussive abilities are second to none. He can pound the canvas into submission as well as he did in 1992. His talents would be better served in DEICIDE, who have to take yet another crash course in song writing. This album he’s done with ORDER OF ENNEAD has all the progressive arrangements of DEATH’s later albums, and all the pretentious, annoyingly positive vibes of politically correct Power Metal. There may come a day when Metal is played in elevators. If such a day ever dawns, the music ORDER OF ENNEAD wrote will escort you up and down your office building. Honestly, this couldn’t have been written for any purpose besides lengthening a resume or two. Its sad, really. The CD also features an appoximately 30 minutes long bonus DVD that shows each member of the band during the recordings of the album. www.orderofennead.com