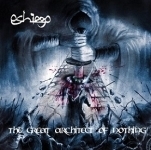 Singaporean extreme 3-headed Metal horde OSHIEGO are just amazing. The band’s 2nd full-length studio album, "The Great Architect Of Nothing", counts on pretty simplistic elements: speed, brutality, technicality, old school spirit and not so much unexpected moments, although there’s even some of that involved with this album. To me, they sound like a crossbreed of MORGOTH’s "Pits Of Utumno" demo and Brazilian Death commandos KRISIUN in some peculiar way. OSHIEGO’s Death / Thrash Metal is deeply rooted from the late 80s and early 90s period of extreme Metal for the most part, spiced with some of those deadly musical elements that make KRISIUN’s well targeted Death Metal bombardment just irresistible to resist. OSHIEGO also manage to make quite a positive impact on us by coming to our skin like a herd of blood-thirsty rats; it leaves an experience that one can remember for a pretty darn long time. What I find great about the band’s 2nd disc, it’s not only about an extended treatment of huge blastbeat fests only (that many today’s newer extreme Metal acts fall into doing in order to sound ‘brutal’ enough to gain some respect for themselves), but about a whole cavalcade of other musical ingredients that tend to bring at least some sort of level of interest for your dinner table. OSHIEGO perform their stuff with such strong dynamics, i.e. a combination of tremolo picking, odd time signatures, clever breakdowns, etc., hence there’s no way "The Great Architect Of Nothing" could be ignored that easily among the extreme community like it could be used as a substitute of Frisbee (and another worthless dis out of the window… voila!). OSHIEGO’s "The Great Architect…" disc smokes – and I am eager to hear more of their stuff now. More at: www.facebook.com/pages/oshiego/112790763272, label: www.horrorpaingoredeath.com