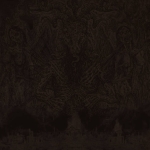 When listening to a release like this, I know what the world needs more of, the world needs more maniacal South American Metal. RITO PROFANATORIO is, like a great deal of bands before them, delivering an all out attack of mad thrashing riffs mixed into a vortex of Death and Black Metal with a Speed Metal approach, with that feel that only can be found in South America. What I have in my hands is the band’s second album, though my first encounter with the Peruvians, though I guess I have to get my hands on their first full length effort "Necro-Ritual", if it possesses the same qualities as "Grimorios E Invocaciones Desde El Templo De La Perversión" which is 30 minutes of high speed riffing, frantic rhythm patters and wicked vocals, all done cleverly and with a solid base, and we even get a version of HADEZ’ ‘Sodom And Gomor’, done quite well. RITO PROFANATORIO has the ancient sound and feel of Metal, and this could have been written and recorded 30 years ago, as well as today, a fistful of energy and intensity and some of the best elements the genre ever has produced, done in the band’s own way (I have to add some comments about the visual side of this release here as well: even if the label is entitled Dunkelheit it doesn’t make any sense to me at all if the band comes up with a cover artwork, booklet and traycard that is so fuckin’ dark, that you can decipher anything at all! That’s just a total waste! – Frank). More info at: www.facebook.com/pages/rito-profanatorio/287830137932889, www.dunkelheit-produktionen.de