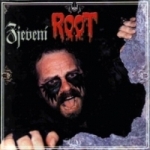 Maniac of MAYHEM once remarked that the evil in Black Metal was no longer present. Whether or not he had ROOT’s debut in mind, "Zjeveni" is a record with a unique evil on its own. At last available once again, and with bonus live tracks to boot, "Zjeveni" is here once more to torment souls. It’s hard to describe ROOT’s music, for they are a band to which other bands are compared. Suffice it to say, they were and are extraordinary. The album has a dusty, tomb-like surreality to it, and the songs which comprise that atmosphere are thrashy in the way SODOM and DESTRUCTION were in their early years. No less distinctive is the vocalist, Big Boss, the evil demon-priest. He sings in such a way as to make the album sound like a demonic sermon. The best track is, arguably, ‘Hrbitov’ (Cemetary) for which a video was shot. This track, more than any other, represents ROOT the best and has the kind of evil feeling all Black Metal songs ought to have. www.myspace.com/rootcze, http://rootan.net, www.ihate.se