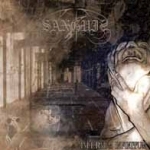 Well, I already had the honor to review SANGUIS’ first strike “Chaosgate Guardians” and what can I say? Of course these creatures of the night didn’t change their style one single inch. Maybe they slightly added more mid-pace but that doesn’t really provoke any negative criticism as it makes the songs a little more memorable and a little easier accessible I guess. Not that a Black Metal lunatic would have problems of getting into their music: it’s straight, in-your-face and massive. Mostly English lyrics, except for ‘Ode an den Schmerz’ (= ‘Ode To Pain’). Only one aspect making me shake my head instead of banging it: the record company’s info sheet claims that SANGUIS’ material “will take Black Metal from the past into the modern ages without disrespecting its roots”. I think that’s left to bands like ABORYM and the likes. SANGUIS are “just” a fuckin’ great Black Metal band that’s gonna take away your soul. Nothing more, nothing less. www.sanguis.at