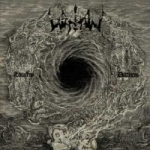 Though I doubt that Black Metal has actually been reborn through WATAIN, their highly anticipated and stunning new album “Lawless Darkness” can easily be entitled the definition of Black Metal in 2010 and a sonic, lyrical and visual manifest of all that was, is and forever should be the essence of this genre. WATAIN have ever since merged obvious classic influences from BATHORY, MAYHEM, DISSECTION with a strong orthodox satanic imagery and what makes them stick out of the mass of stylistically similar bands is their unique intensity, fervour, passion and dedication on record and on stage. Their “spirit” is what keeps them miles above their peers! “Lawless Darkness” makes no exception from this rule and sees WATAIN refine and literally expand their vicious art as their new opus clocks at over 70 minutes and is filled with tons of bewitching details and an increased amount of diversity. Fortunately, that does not mean the band has turned progressive, maybe a little bulky at times yet their skilful, captivating and dynamic songwriting is still intact and results in such over-the-top, brilliant Black Metal hymns as ‘Malfeitor’, which includes almost cock-rock-in-hell-like guitar leads, the punishing, thrashing ‘Reaping Death’, the extremely old school ‘Total Funeral’ (feat. lyrics by the mighty Pete Helmkamp) and the closing epic ‘Waters Of Ain’, which – garnered with a certain occult rock vibe – is a track simply too good to be true. The only weaker tracks are the unremarkable opener ‘Death’s Cold Dark’ and the instrumental title-track yet this hardly affects the overall high quality of this album. WATAIN’s musical inventiveness might be somewhat limited in comparison to other acts yet by adding the flavour of old 80s Heavy Metal the band anno 2010 sounds bigger, better and darker than ever before and welcomes the listener to a morbid journey into the wild, uncompromising Black Metal maelstrom. WATAIN are the standard for Black Metal – on album and live – after the turn of the millennium and it delights me to see such a classicistic act ruling the genre instead of all this hipster Black Metal of late. Awesome album, awesome band, looking forward to the tour with D666 later this year, it’s going to be an orgy of blood, fire, death… www.templeofwatain.com, www.myspace.com/watainofficial, www.season-of-mist.com