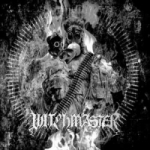 As usual we have this "Had this album been released a decade ago it would have been a classic…". Well, I’m sure it would, but as it is released today I’d say it’s just another Thrash album. And it doesn’t make any impact, sadly. We get short tracks which are mostly rapid and monotonous. Besides ‘Narkotic Amok’ the tracks clock in at less than three minutes, and personally I think it’s pretty boring to listen to song after song which seems to be exactly the same track except for the length of the actual track. That the sound is underground, though still very lever doesn’t make me feel more for the album. The theme of the album "Never Stop The Madness" doesn’t mean anything to me as I don’t do drugs. I leave that up to each and everyone without me supporting either side. Nah, I think Witchmaster could’ve done way better.