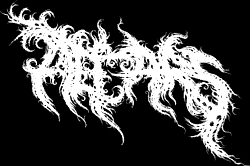 The mere human ears of Metalheads are often at odds with our psyches. As we explore the depths of heaviness, we’re often missing out on what we can empirically receive before such depths become inaudible and inconceivable. Australia’s ALTARS prove to take on this challenge with the dexterity of skilled musical imploders. The end result is an impossibly dense odyssey that is as thick as it is resourceful. Sonic subtleties come forward amidst the music’s swamp-thick musical dark matter. In a sense, the sheer heaviness of this album creates a musical bizarre-o world, a realm of opposites where blast beats find their way into quieter, more peaceful song breaks and a minor key change can feel like pure devastation. In many ways, this album is a meditation of girth, a punishing display of totality that transcends genre and melts all thoughts in its path. How does one really communicate with a band like this? Well, I tried. Guitarist Lewis Fischer was nice enough to correspond with me, entertaining dumb questions about touring in Australia and possibly when the rest the world will get the chance to witness their devastation live.

Greetings, Lewis! First of all, I want to thank you for agreeing to be interviewed by Voices! I’d like to start at the very beginning; How would you describe the origins of ALTARS? Were there any other projects / bands beforehand that eventually led you to develop ALTARS? What would you say specifically brought you all together to make heavy music?
"ALTARS was formed late 2005 through a musical partnership between Cale Schmidt (vocals, bass) and myself (guitar). We were joined a while later by Alan Cadman (drums) and have since recorded a demo, two splits, and this album – "Paramnesia". Our line-up has changed slightly over the years as we’ve gained and lost bass players, but with Cale taking over bass duties we’ve solidified as a three-piece. At the time of our formation there were no real other projects however Cale and I had briefly played together in a very short-lived band, since then members have participated in a number of projects and associated acts, namely – MONOMAKH, TZUN TZU, SARSEKIM amongst others."

To take this even further back, when did you start playing Metal in the first place? What led you there?
"I got into Metal after seeing the film clip for SLAYER’s ‘Seasons In The Abyss’, the riffs and leads of Hanneman and King, Lombardo’s fills and Araya’s shrieks sent shivers up my spine. At the time I was just getting into playing guitar and this sent me on a journey of discovery as most people’s early forays into Metal do, gradually delving deeper and darker. It wasn’t long until I knew I wanted to play Death Metal."

For some reason, it fascinates me every time I hear really brutal and tortured music coming from Australia, mainly because I’ve never been there before. There is often the stereotype that Australians are lighthearted and carefree. Apart from this generalization, what would you say are your main themes of inspiration? In the U.S., it runs the gambit from tyranny to serial killers. What themes, in general, provide your biggest inspiration?
"The themes explored throughout "Paramnesia" are that of Life, Death and Rebirth. The album breaks into three parts representing these existences. This was primarily influenced by my exposure to Hindu and Buddhist cultures whilst studying Buddhism, the nature of death rituals and the rebirth were a curiosity I carried with me into creating this album."

Would you care to elaborate on how / when you started studying Buddhism? Does it extend beyond intellectual curiosity and into certain practices? It’s interesting to hear how musicians center themselves whether they create heavy music or not. Does this help fuel your creative process?
"My interest in Buddhism is purely an intellectual curiosity. I do not subscribe to any religion but am not against others choosing to do so. I began studying Buddhism through the Anthropological discipline at University. Since, it has been a personal interest, some of the concepts presented within the framework of Buddhism provided stimulus in my creative process, thus leading to the creation and concept behind "Paramnesia"." 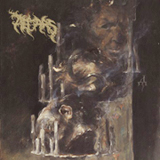 "Paramnesia" is a tremendous recording effort from you guys. How did you get linked up with Nuclear Winter? Have they been supportive in promoting the album? Also, who did the cover art?
"I was in contact with a few labels regarding the album and Nuclear Winter Records came forward with an offer after hearing the previous split cassette and then un-mastered material from the album. Nuclear Winter Records, and I should also mention Blood Harvest whom have released the LP, have both been fantastic to work with, they’ve been very supportive in promoting the album and have been a huge help in making this release happen."

With concern to style, ALTARS has a little of everything; predominantly Death Metal tinged with oppressive sludge and even some mathy / technical elements (employing of dissonant and even jarring breaks on "Paramnesia" come to mind) – how would you comment on your sound? What are your major influences musical or otherwise?
"We don’t intend to write music from a ‘technical’ or ‘progressive’ perspective, in-fact I tend to dislike both terms. What we try to do is recreate ideas, thoughts and feelings through composition, which at times may come across as technical, dark, dissonant, doomy and any matter of things. Sometimes these ideas are translated better than others. I would merely describe us as a Death Metal band and if people wish to elaborate further on that, I choose to leave that with them. We’re often referred to as an old school Death Metal band with dissonant, post-modern overtones." 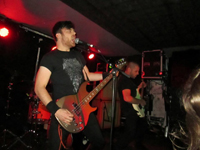 You’re often noted as having 90s Death Metal influences? Any bands / albums / songs of note that are near and dear to your hearts? Any that greatly influence your songwriting?
"The two biggest influences on my playing, especially growing up, were GORGUTS and MORBID ANGEL. Both Luc and Trey’s playing styles were very enigmatic and molded my playing style initially. As a slightly older and more experienced player I’m better able to take these influences and set them into my own mold now than I was in the beginning. We’re all generally big fans of 90s Death Metal, it was a classic era filled with many good bands. Denis Forkas Kostromitin is the artist behind the cover, with additional liner art by Alexander L. Brown (BNB Illustration and Design)."

How would you describe the extreme Metal scene in Australia? Is it city specific or do bands across the continent stay connected / aware of one another? Would you say it’s big? Or more close-knit?
"The scene across the country is quite close knit, at least within the more extreme genres. Many bands share members, and quite frequently members of bands who may call another city home. As a result the music created often has a very distinct and unique sound that is purely Australian."

Do you play live shows? If so, frequently? Do you tour? Are there any plans for a tour coming up?
"We do perform live, just not frequently. We do have some plans in the works for further touring around Australia, and have just returned from a show interstate. At this stage there are no plans to travel internationally but that is dependent on the response we receive from the album, and what offers become available."

How has the response been so far? Every review I’ve read seems rather positive. It’s a great album! Has there been a push for more gigs?
"The album has garnered mostly good responses from both fans and press. It’s certainly circulating so hopefully as more people hear it, it may open up more gig opportunities for us. At the moment we’ve recently returned from a show in Melbourne which was very successful, we hope to get back there as well as to the other Australian capitals next year. Following on from that we hope to spend time working on the next release in the interim."