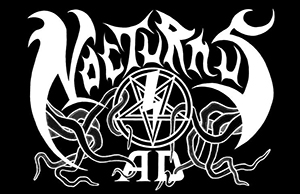 In the early nineties, NOCTURNUS released the album "The Key"… one of the most original Death Metal albums ever. With "Paradox", the band released earlier this year a rather fantastic follow-up which fans of the band will definitely enjoy immensely. We had a nice conversation with NOCTURNUS AD frontman Mike Browning to find out how “Paradox” came together. 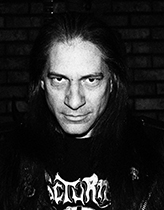 For how long have you been walking around with the idea to record a follow-up to the legendary album “The Key”? And when did you have the feeling that the time was right to put it into reality?
“I had wanted to continue with the story of “The Key” as well as some of the other songs of “The Key” on “Thresholds” in 1992. But that never happened. So it’s been one of those things that I always wanted to do. But I didn’t want to do it under a completely different bandname like with AFTER DEATH. It needed to have a connection with NOCTURNUS, but somehow also needed to skip over everything after “The Key”. This is why “Paradox” is the perfect title for this continuation of “The Key” with NOCTURNUS AD. It was a few years ago that the stars finally aligned and allowed me to do this!”

“The Key” is almost 30 years old by now. Would you say that it was easier for you to create the story and the music for “Paradox” – keeping in mind that you’re all much more experienced by now – in comparison to the creation / recording of “The Key”?
“Since most of us had already been playing together for several years and we have been writing AFTER DEATH material, it was a bit hard to switch gears and the mindset. I took some of the classic things that made NOCTURNUS what it was and took a different approach to how we wrote the songs and how we recorded them as well.” 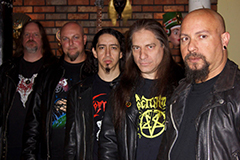 While writing the music and developing the concept / lyrics for the new album, what would you say was really your goal? And what where aspects or elements that needed to be avoided?
“Over the years I have paid attention to what people liked and didn’t like about both “The Key” and “Thresholds” and used those things to incorporate or not. I have always wanted to continue with the story of “The Key”. So, I made sure that I wrote all of the lyrics so that several of the songs would connect lyrically back to “The Key”. Also the music had to have certain qualities that were only found on “The Key” like lots of short fast back and forth solos, keyboards used for atmosphere and certain effects on my vocals. We even were tuned to the same tuning as “The Key” was in. And of course the old school overall sound that Jarrett Pritchard at New Constellations Studio gave us when he engineered and produced “Paradox”.”

As most fans probably know, the last 4 songs on “The Key” build a story together… the journey of Dr. Allen William Magus – a scientist – who got ravaged by a war plague disease and kept what was left of himself alive by creating a bio suit. In the last 4 songs on “Paradox”, this story continues. There’s a hidden chamber underneath a sphinx where Dr. Magus finds a magic key to open the gates to let the ‘Ancient Ones’ in.
“Actually he finds ‘the key’ in a crashed alien ship in ‘Droid Sector’ on “The Key” and he uses it to start the time machine. On “Paradox” he discovers a secret chamber hidden under the left paw of the sphinx. In the chamber, there’s a bunch of alien machinery. He uses ‘the key’ to start the machinery which opens a portal to another dimension. And the portal sucks him in and takes him to a Lovecraftian world where they prepare him to be the emissary to prepare the Earth people for their return.”

Another song on the album which is based on Lovecraft is ‘The Bandar Sign’. The song is based on the Mad Arab. Would you say that Lovecraft was a big source of inspiration for you when you grew up?
“What’s funny is that I didn’t discover Lovecraft till after I discovered “The Necronomicon”. Growing up in the seventies, I was into the original Star Trek and other science-fiction tv and movies and of course books and comic books. Because we had no internet, cell phones or computers! I remember when I was in the seventh grade, I found a book written by Carlos Castenada, “A Separate Reality”. Reading that book had a profound effect on me just because of the way he explains things in that book. But back to the Mad Arab, I always wanted to do a song about his story in the book. And so I finally decided to make that happen.”

These days, science fiction themes are not that rare anymore in extreme Metal. When “The Key” was released, it definitely was. I always wondered if a band like VOÏVOD and their albums “Killing Technology” and “Dimension Hatröss” had also somehow been a source of inspiration for you back then?
“I still think the first two VOÏVOD albums are their best. But I don’t think their stuff was ever an influence on me. My influences always came from books and movies, not so much from other bands. I have about 800 books on the occult, ancient Egypt and some science fiction and horror. But mostly the occult.” 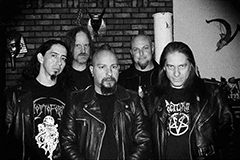 The artwork of “Paradox” is really astonishing and remarkable as Timbul Cahyono really managed to come up with a brilliant piece of work and an excellent follow-up to the legendary artwork of Dan Seagrave. What kind of hints did you give him in order to create the artwork?
“A few years ago, a guy asked us if we wanted to do a ‘Destroying The Manger’ – themed shirt. And I said “Sure!”. He had an artist that he was already using and wanted him to do the artwork for the shirt. So we collaborated and the artwork that came out was pretty awesome. He nailed the idea. It was exactly the style I wanted. So when it was time for us to do the album, he was the perfect choice. The cover is a depiction of the song ‘The Antechamber’. I had a very detailed vision of exactly what I wanted on the front and back cover, right down to the Cthulhu sphinx! Timbul is an amazing artist. He hand paints and he is really fast too. I am incredibly happy with the artwork. It has everything I wanted and more!”

“Paradox” is – at least in our opinion – not exactly an easy-listening album. It’s an album which really demands you to sit down and let it all sink in, in order to be able to follow what’s going on the first times you listen to it.
“I agree. Although it does have quite a few memorable parts which is very important to me. I have always wanted people to be able to submerge themselves into the songs. So they have to have memorable parts. But the songs are actually even more complex than they sound. Both of our guitar players write rhythms that are more complex than they sound. So when you really sit down and listen to the album, there is a lot there to take in. But it does still have a certain vibe and flow to it, even though all the songs are pretty different from each other.” 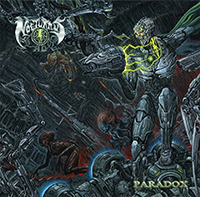 We remember very well that back when “The Key” was released, quite some friends of mine really couldn’t get into that album because of the keyboards. In many ways, the album was way ahead of its time. And I have the impression that the album seems to be appreciated much more nowadays than back then.
“It seems to be that a lot of people did like it back then. Because we sold over 70.000 copies of “The Key”. There definitely were people who didn’t like it. But a lot of people did go out and buy it or at least gave it a chance.”

In a way, “The Key” has also been very inspirational to several bands. If you take a band like THE GATHERING for example. I know that they really loved the NOCTURNUS demo “The Science Of Horror” when they started out. And if you take their debutalbum “… Always”, it was one of those very rare Death / Doom Metal albums where the keyboards were used as a ‘real’ instrument and not just to create some atmospheric background.
“I grew up in the seventies when bands like LED ZEPPELIN, RAINBOW and DEEP PURPLE were considered Heavy Metal. And most of those bands used keyboards. So for me, it seemed only normal to have keyboards in the music and to use them both as an instrument and for atmosphere.” 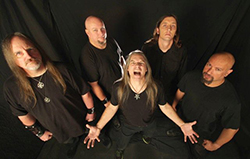 Are there any plans to come over to Europe and to present “Paradox” live? Because I’m pretty sure there are a lot of fans who would love to see you perform with NOCTURNUS AD.
“Yes! Next summer, we have a few festivals in Europe. So far, only Brutal Assault has announced it. But there are a few others as well. They haven’t announced anything yet. But we will be over there for at least 3 festivals next summer in 2020.”