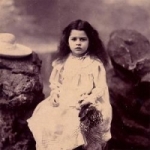 Since 2001 the East European underground has experienced a decade of constant changes. The major driving force behind this silent upraising was the (final) breakthrough of acts like BEHEMOTH which produced a new environment for young bands and labels full of energy, motivation and possibilities. Poland is currently definitely a leading nation but with ARGHARUS a further promising act – next to our dear Pagan friends from OBTEST – from Lithuania is presenting their debut. The album is already 2 years old – released in 2009 via Inferna Profundus Records – and the band has recorded a dirty bastard of modern Black Metal supported by a slightly Death Metal touch. So the main elements are well known and from the start not too innovative. But as always the result matters and “Pleistas” has become – after some time – a really hot rotation record. Especially the vocals – supported by the harsh Lithuanian language – give the compact record in some way a very haunted touch. This is ugly extreme Metal on a very high musical level and all instruments have enough room to produce the necessary nocturnal silence. The opener ‘Dievopi’ and tracks like ‘Brolisko Kapo Sindromas’ – the second track with a fantastic NILE influenced introduction – are the perfect examples for the given potential. The only big point of critiscm is the totally misplaced cover artwork which is everything else than a suitable ‘window’ into the musical universe of ARGHARUS. “Pleistas” is nevertheless a more than suitable anti potion against the omnipresent Polish BEHEMOTH. For further info check out www.myspace.com/argharus, www.inferna-profundus.net