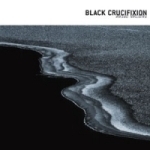 Ten years in the making, but that didn’t stop this once Black Metal band to finally release “Faustian Dream”. I take it for granted that they have drown their melancholy with king alcohol, for as far as I know there’s only one other album that has taken more than 10 years to finish off. Yes, I’m thinking about Brian Wilson’s “Smile”. Not that I have heard that album, if such a thought ever passed your mind. “Faustian Dream” has been recorded every now and then. And it sounds just like that as well. The mastering is good considering the fact that the recording process has been somewhat special. It’s not easy to let the instruments as well as the vocal be on the same level. There are some albums that contain great music, but while the two first songs play on ten the rest play on eight, if you see what I mean. On “Faustian Dreams” the songs themselves bear witness of the writing process. I hear Celtic Frost here, Katatonia there and some Sentenced elsewhere. And after numerous listenings during the hot’n’sunny summer here in Oslo, Norway, I have finally got somewhere closer to the atmosphere inside “Faustian Dream”. While ‘Bible Black Tyrant’ holds the Tom G. Warrior spirit, the following ‘Wrath Without Hate’ contains a fine dose of early Katatonia. And no, this is not a drawback. Because Black Crucifixion do not copy, they only borrow and use it for their own means. And each creation is different from the next. Be it in the sound or in the music itself. Mostly the latter, I dare say. While ‘Winterkill’ holds a surprisingly positive melody, the former ‘Where Will You Hide’ has one of the most insane refrains I’ve heard. It’s like they understood that the rockish verse-part was boring, so they had to make the refrain slow and suffering. And then, just out of nothing, comes the utter piece of sadness. ‘Scandinavian Melancholy’ is probably the saddest song I’ve heard since Steve von Till did ‘As The Crow Flies’. The melody is sadder than any Moulin Rouge movies, and when Forn’s desperate voice adds to the misery I’m closer to shedding a tear than I’ve rarely been. “Faustian Dream” is probably your melancholic dream of an album. To me it has many great moments, and as a whole it’s really great Finnish moody rock. But, it’s an album that demands the right time and space. I can’t listen to it when I read my comics, that’s for sure. And I have no plans of committing suicide. So, basically I have to take some time off the daily life (no, I’m not reading comics only, but also books, magazines, newspapers etc.) to get into the mood. And then play some Rhapsody to get out of it again. Now to something else. On their website it says: “… Black Crucifixion started to work on a full-length album entitled “Faustian Dream”, but it was not finalised as the band grew tired of the scene around them.” In the info-letter it says: “… Black Metal is dead. It has been since 1993, says Black Crucifixion the band that was one of the pioneers of Nordic Metal scene in the early nineties. The members of the band realised this as they released their second mini album “Promethean Gift” (1993) and began creationg music with more variance for their debut full length album “Faustian Dream”.” And I think something like “blah-blah-blah”. “Buh-huh”. And then some. For, isn’t this just complaining? “I don’t want to play the music I like most because ten other bands play the same kind of Metal”. C’mon, get a grip. If you think something becomes a trend, then don’t just run away making something different that is not you, just because you don’t want to be associated with something else. I mean, to me it’s even more trendy do a vocal that, and I quote from the info-letter again, “… has only been equalled by Celtic Frost’s Thomas Gabriel Warrior”. Hello? If you make something that is equalled by someone else and you make it like 10-20 years later, then you’re just a copycat the same way you accuse the Black Metal bands that came after 1993 were. Ok, I’m exaggerating a little bit here, but my point is that instead of complaining about this or that, just come up with the solution. In Black Crucifixion’s case their first full-length is actually a solution. Yes, it is that different from anything Black Metal ever was and still is. And, Black Metal is FAR from dead. With bands like Watain, Deathspell Omega, Mayhem, Leviathan, Marduk, Lunar Aurora, Koldbrann, Secrets Of The Moon, Keep Of Kalessin, Funeral Mist, Ofermod and more the scene is more alive than ever. So, the death of Black Metal is dead. www.soulsellerrecords.com